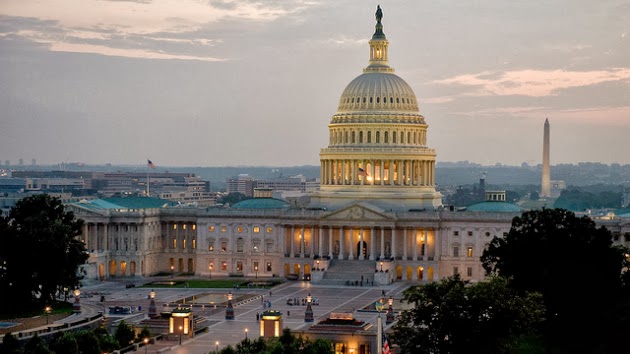 Credit: Architect of the Capitol(WASHINGTON) — Tim Morrison, the senior director for Europe and Russia on the White House National Security Council, who arrived on Capitol Hill Thursday to testify before impeachment investigators, is expected to leave his White House post soon, two sources familiar with the matter confirm to ABC News. A senior administration official confirmed the departure to ABC News saying, “After more than a year of service at the National Security Council, Mr. Morrison has decided to pursue other opportunities — and has been considering doing so for some time. We wish him well.” Sources told ABC News that Morrison — though a career official — was very close to former national security adviser John Bolton.He was subpoenaed Thursday morning, an official working on the inquiry said. Morrison is the second current White House official expected to face investigators, following the testimony earlier this week by Army Lt. Col. Alexander Vindman, who currently works at the National Security Council as director of European Affairs. While the White House has sought to prevent Morrison from testifying, Morrison’s attorney has said he intends to testify under subpoena. “If subpoenaed, Mr. Morrison plans to appear for his deposition. We will not be commenting on what he will say to the Committees,” his counsel Barbara Van Gelder said in a statement.Vindman, the first witness who actually listened in on the president’s July 25 phone conversation with Ukrainian President Volodymyr Zelenskiy, told investigators he was so “concerned” by what he heard that he raised alarms with a White House lawyer. Morrison’s testimony would also be significant if it further corroborates the story of William Taylor, the highest-ranking diplomat to Ukraine who mentioned Morrison by name repeatedly in the course of his testimony to House investigators last week.According to his prepared opening statement obtained by ABC News, Taylor told investigators that Morrison told him about a phone call during which EU Ambassador Gordon Sondland told Andrey Yermak, an adviser to the Ukrainian president, that “security assistance money would not come until President Zelenskiy committed to pursue the Burisma investigation.” Burisma is the Ukrainian energy company associated with Hunter Biden, the son of former Vice President Biden Joe Biden. Taylor said his conversation with Morrison was the first time he realized that security assistance was being withheld as a direct condition for the desired investigations.Taylor also testified that Morrison told him he had a “sinking feeling” after talking with Sondland about a phone conversation Sondland had with President Donald Trump, during which Trump allegedly told Sondland that he was not asking for a “quid pro quo” but insisted that Zelenskiy “go to the microphone and say he is opening investigations of Biden and 2016 election interference.” In his position as the NSC’s senior director for Europe and Russia, Morrison replaced Fiona Hill. Hill previously told House investigators that there was an effort within the administration to push back against a shadow diplomacy effort being led by the president’s personal lawyer Rudy Giuliani and that Bolton at one point directed her to tell the NSC’s lawyer that he was not any part of the “drug deal” Giuliani was cooking up. Morrison’s testimony on Thursday comes on the same day that the House of Representatives is set to vote on a resolution formalizing the rules of the impeachment inquiry going forward. Copyright © 2019, ABC Audio. All rights reserved.