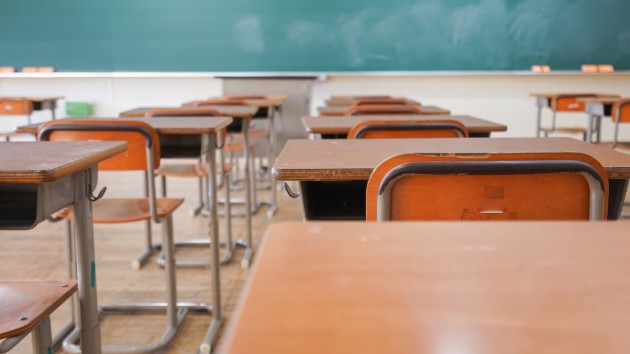 maroke/iStock(CHICAGO) — Negotiations are resuming in the Chicago teachers’ strike after the Chicago Teachers Union voted to accept a tentative deal with the city but continued striking over makeup days for the time they spent on the picket line.After 10 days striking, the union requested that the school system schedule makeup days for time lost during the strike, but Chicago Mayor Lori Lightfoot has rejected the request. As a result, classes remained canceled again on Thursday.In a press conference, Lightfoot lambasted the union, accusing Sharkey of constantly moving “goal posts” in making a deal to end the strike. Lightfoot described the union’s demands as an ultimatum.”What we have is a take it or leave it demand — that’s not a starter for a conversation,” she said.Lightfoot said the city would “not pay teachers for striking,” adding that shortening students’ holiday vacation or summer vacation to make up for the strike days are not options because families had already planned their lives around the planned school year.”We believe this is an agreement that will produce real, lasting benefits in our schools. It’s a contract we can believe in. It has meaningful improvements in class size, in staffing and in a number of other features which we believe will help transform public schools in Chicago,” union president Jesse Sharkey said after announcing the agreement Wednesday night.”There’s one issue, however, that’s an important issue,” he said. “Our union does not have a return-to-work agreement. Our delegates told us in no uncertain terms they were not going back to work unless there was a provision made for making up the instructional days that have been lost over the last ten days. Our members want to return to work. Everyone was clear about that. However, the mayor of the city of Chicago has said that we will not be able to make up lost instructional days.””Not once during that 3 1/2 hour meeting did they raise compensation for strike days — not once. The issue never came up,” Lightfoot said in response. “I’ve been clear from day one that CPS would not make up any strike days. And at this late hour, we are not adding any new issues.”Despite the mayor’s insistence, Illinois state law says that after nine days, district students are required to make those days up in school, according to Chicago ABC station WLS. Under those rules, at least two days of school will be added to the end of the year based on how long the strike has gone on to this point.Teachers are not paid for lost days that are not made up.The Chicago Teachers Union represents the city’s 25,000 teachers and educational support staff. The strike, in the nation’s third-largest school district, has kept more than 360,000 students out of school. Copyright © 2019, ABC Audio. All rights reserved.

How recovery efforts are going in Lee County after Hurricane Ian