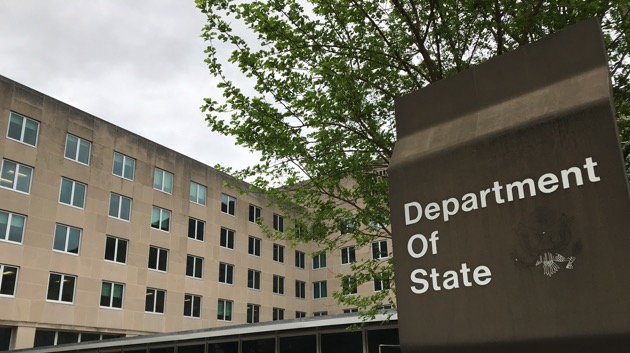 Kiyoshi Tanno/iStock(WASHINGTON) — The State Department has agreed to turn over documents related to Rudy Giuliani, President Donald Trump’s personal lawyer, and his private diplomacy with Ukraine that is at the heart of the House impeachment inquiry, according to a brief filed in court late Wednesday.The documents include any communications between Giuliani and Secretary of State Mike Pompeo or anyone on his behalf, as well as other key senior officials at the department who have been swept up in the controversy.The agreement is part of a lawsuit by the watchdog group American Oversight. Last Friday, a U.S. District Court for the District of Columbia judge ruled that the State Department had to comply with their Freedom of Information Act request for the documents, but the two parties had to come together to limit the scope.The agreement gives the department until Nov. 22 to search for and process any communications, including text messages, emails and calendar entries, between Giuliani and his associates Victoria Toensing, Joseph DiGenova and Pompeo or top advisers, including State Department counselor Ulrich Brechbuhl, former senior adviser and veteran diplomat Michael McKinley, senior adviser Mary Kissel, and the undersecretary of state for management Brian Bulatao.The department has followed the White House’s orders and sought to block its officials from testifying in the impeachment inquiry, claiming both executive privilege and the classified nature of some of its communications. But notably, it is not making a similar claim about communications related to Giuliani, despite Pompeo defending his role in Ukraine policy.The request must also include any communications about Giuliani, Toensing or DiGenova’s plans to travel to Ukraine, communicate with Ukrainian officials or encourage them to investigate former Vice President Joe Biden or his son Hunter, who sat on the board of Ukrainian energy company Burisma.Working on the president’s behalf, Giuliani and his associates were trying to find dirt on the Biden’s and prove an unfounded conspiracy theory that Ukraine interfered in the 2016 election to help the Democrats, not Russia.As part of that work, Giuliani says he was contacted by the State Department. The department has distanced itself from Giuliani, saying he does not work for the administration, but a spokesperson confirmed in August that former special envoy for Ukraine Kurt Volker called him to connect him to an aide for Ukraine’s new president Volodymyr Zelenskiy.U.S. ambassador to the European Union Gordon Sondland, who was also in touch with Giuliani, testified earlier this month that he and Volker understood that Giuliani was the key to convincing Trump to embrace Zelenskiy, who Trump had been refusing to meet. After ordering $391 million of U.S. security assistance to Ukraine to be withheld, Trump told Zelenskiy during a July 25 call to work with Giuliani on investigating the Biden’s connection to Burisma and the 2016 election.The lawsuit also requires the State Department to produce any communications with Giuliani, Toensing or DiGenova about former U.S. ambassador to Ukraine Marie Yovanovitch. The three of them led a smear campaign against Yovanovitch, working with the corrupt former prosecutor-general of Ukraine to accuse her of impeding an investigation of Democratic figures, giving the prosecutor-general a “do not prosecute” list, and badmouthing Trump.At the time, the State Department called the accusations “an outright fabrication” that “does not correspond to reality.” In emails from March turned over by the State Department inspector general to Congress in October, senior State Department officials disprove what Deputy Assistant Secretary George Kent calls “complete poppycock” and a “fake news driven smear campaign.”But Yovanovitch was recalled early from her post in Kyiv, even after being told it would be extended for another year. The allegations against her were compiled in a packet that was given to the State Department by “someone at the White House,” Deputy Secretary of State John Sullivan testified Wednesday.While Sullivan turned the packet over to the department’s inspector general and the Justice Department, it seems the disinformation influenced Trump’s decision to remove Yovanovitch. Sullivan testified that he told her that although she had done “nothing wrong,” the president had “lost confidence in her, period.” He said he was not given any more of an explanation than that.As part of the lawsuit, the department has agreed to search for “final directives” and “accompanying explanations” for Yovanovitch’s ouster from Pompeo, Sullivan and Brechbuhl, who is also a West Point classmate and close friend of Pompeo’s.While the department and American Oversight reached consensus on these issues, they did not agree on any documents related to the July 25 call, with the department arguing it didn’t fit within the scope of the court’s ruling and it may not produce any documents before the November deadline. Copyright © 2019, ABC Audio. All rights reserved.