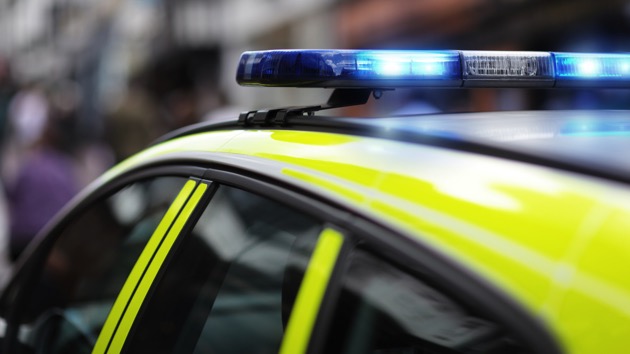 BrianAJackson/iStock(LONDON) — British police say they have interviewed the suspect in a deadly crash who is said to be the wife of an American diplomat.”We can confirm that we have completed an interview of the suspect in connection with the death of Harry Dunn,” Northamptonshire Police Superintendent Sarah Johnson announced in a statement Thursday morning.Johnson added that the details of the interview will be handed over, “alongside the rest of the evidential file already submitted,” to the Crown Prosecution Service, the principal prosecuting authority for criminal cases in England and Wales.Dunn was riding his motorcycle along a roadway in the village of Croughton, England, on the night of Aug. 27, when a car traveling in the opposite direction on the wrong side of the road hit him head-on. The 19-year-old was taken to a nearby hospital where he died soon after, according to Northamptonshire Police.The driver of the car is thought to be Anne Sacoolas, a 42-year-old United States citizen married to an American diplomat who works at RAF Croughton, a British military station housing a base operated by the U.S. Air Force. The fatal collision occurred less than a mile down the road from the base.Sacoolas fled the United Kingdom after reportedly claiming diplomatic immunity, which protects diplomats and their family members from prosecution or lawsuits under the host nation’s laws.Although they have not officially named her, Northamptonshire Police are treating Sacoolas as a suspect in the fatal crash investigation. The police force’s superintendent, Johnson, had said they were seeking the necessary documentation to allow for a formal interview of the suspect. However, the diplomatic immunity waiver that detectives applied for was declined.”This was the first time we were made aware that the suspect had left the country,” Johnson said in a statement on Oct. 15.Northamptonshire Police announced last week that its officers will travel to the U.S. to interview the woman. Other British officials, including the prime minister and the foreign secretary, have identified Sacoolas by name and have called on the U.S. government to intervene.Dunn’s parents have repeatedly called on Sacoolas to return to England to face them and the investigation. On Tuesday, the family’s spokesperson revealed their plans to sue Sacoolas as well as both the U.K. and U.S. governments.Copyright © 2019, ABC Audio. All rights reserved.