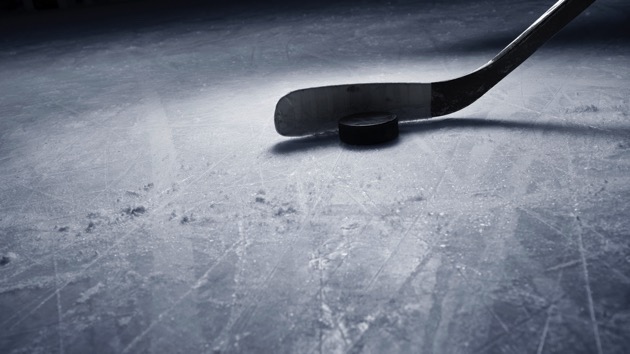 francisblack/iStock(COLORADO SPRINGS, Colo.) — The governing body for ice hockey in the United States is fighting back against racism in the sport.USA Hockey announced Wednesday it increased the punishment for racial or derogatory slurs by players from a game misconduct to a match penalty.The rule change, which affects players from youth leagues to the U.S. national teams, means that any player caught using a slur will be penalized five minutes, ejected from the game and suspended from further participation until the matter is reviewed. Under the current rules, a racial infraction results in only an ejection.The change does not affect players in the NHL, which operates under its own rules.USA Hockey President Jim Smith said the change was made due to ongoing concerns about racial insensitivity on the ice.”We continue to get reports of disturbing incidents of racial and other derogatory slurs, behavior which is reprehensible and has absolutely no place in our game, especially around our children,” Smith said in a letter sent to all USA Hockey member organizations. “For reasons I cannot explain or understand, the current penalty in place does not seem to be enough of a deterrent to stop this type of conduct.”Among recent infractions, a 13-year-old black player in the Chesapeake Bay Hockey League was subjected to gorilla sounds by opponents while playing for the Maryland-based Metro Maple Leafs in USA Hockey’s youth program. His teammates stood up for him, prompting a fight to break out, according to Washington ABC affiliate WJLA.The NHL’s Washington Capitals later recognized the player, Divyne Apollon II, by inviting him and his teammates to a Capitals game.Black players have also faced discrimination in the NHL, long after Willie O’Ree broke the league’s color barrier when he took the ice for the Boston Bruins in 1958.Last year, Devante Smith-Pelly, who was then a Capitals player, was in the penalty box during a game in Chicago when opposing fans started yelling, “Basketball, basketball, basketball!”In 2014, star defenseman P.K. Subban, then with the Montreal Canadians, endured racist social media posts after fans in Boston pelted him with trash following his game-winning playoff goal.Three years before that, Wayne Simmonds, then with the Philadelphia Flyers, had a banana thrown at him while he was taking a shootout shot in a preseason game in London, Ontario.Among the NHL’s approximately one dozen black players are top-10 draft picks Seth Jones of the Columbus Blue Jackets, who was part of USA Hockey’s National Team Development Program before joining the NHL, Evander Kane of the San Jose Sharks and the Edmonton Oilers’ Darnell Nurse.USA Hockey officials hope the more stringent rules will create a better atmosphere at all levels of the sport.”The use of hateful language is a hurdle to creating a welcoming environment for families that want to be involved in our sport. Eradicating this kind of behavior from our game is critical as we continue to make a positive impact on society through hockey,” said USA Hockey Executive Director Pat Kelleher.”While the vast majority of our hockey games are conducted in the spirit for which they were intended, we must remove offensive, hateful or discriminatory language or behavior from our game,” Smith said in his letter.Copyright © 2019, ABC Audio. All rights reserved.

Allyson Felix reflects on career after last championship run: ‘It’s been such a joy’