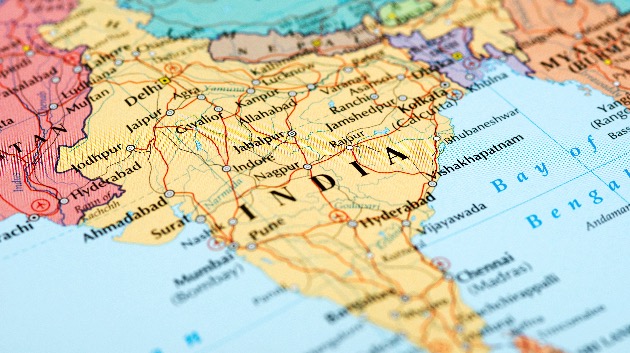 beyhanyazar/iStock(DELHI, India) — Five million masks are being distributed throughout schools in Delhi, India, as the chief minister described the city as a “gas chamber” because of the “toxic” air quality.Arvind Kejriwal, the chief minister of Delhi, also announced that all schools would be closed in the city until Nov. 5.“Delhi has turned into a gas chamber,” Kejriwal posted on Twitter. “It is very imp that we protect ourselves from this toxic air. Through pvt & govt schools, we have started distributing 50 lakh [5 million] masks today I urge all Delhiites to use them whenever needed.”Footage taken by residents of the city show a city covered in a blanket of smog, while Air Quality Index India posted a live stream of the city to highlight the extent of the pollution.The air quality rating in Delhi is 487, according to monitoring group Air Visual, which means pollution levels have reached a “hazardous” point. The next most polluted city in the world is Lahore in Pakistan, with a rating of 284. The “hazardous” threshold is anything between 300 and 500.For the second year running, the Supreme Court imposed severe restrictions on the use of firecrackers during the five-day celebrations of Diwali, the Hindu festival of light, to combat the high levels of air pollution. The city has been “shrouded” in the toxic smog for four days in a row, according to reports in the local press.The current rates of air pollution in northern India mean 288 million people are expected to have their life expectancy shortened by seven years, according to the Air Quality Life Index at the University of Chicago.Dr Arvind Kumar, a chest surgeon at a major hospital in the capital, told the Hindustan Times that air pollution was having a real impact on the health of Delhi’s residents.“It’s a public health emergency in Delhi,” he said. “Half a decade of concentrated focus on air pollution with zero results. I am seeing 28-year-old non-smokers with stage 4 lung cancer. It’s a very painful experience for me. I am very angry because I am losing young patients to air pollution.”“New Delhi is not blind to the environmental damage that is accompanying India’s rapid economic growth,” Dr. Elizabeth Chatterjee, professor of political science at Queen Mary University of London, told ABC News last year. “The Indian government simply does not have the levers to solve the problem.”Copyright © 2019, ABC Audio. All rights reserved.

Vanderbilt’s Sarah Fuller becomes the first woman to play in a Power 5 conference football game
Heavy rain ongoing on Gulf Coast as storm aims for Northeast next week
Black Friday 2020: Tips on the best deals to look out for
Coronavirus live updates: US reports over 110,000 new cases on Thanksgiving
George Floyd’s brothers on the fight for justice, remembering him on Thanksgiving
Violence erupts as thousands of mourners pay respects to soccer legend Diego Maradona