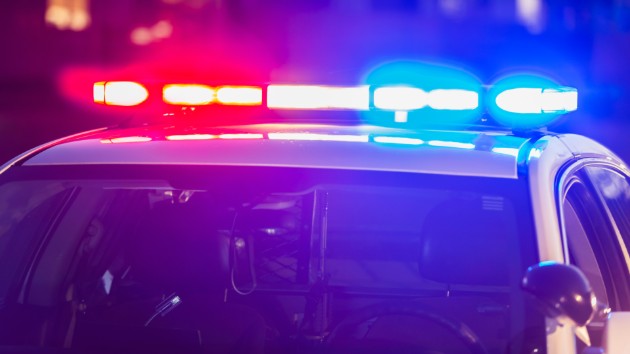 kali9/iStock(CHICAGO) — A 7-year-old girl was clinging to life Friday morning after she was shot by “cowards” while trick-or-treating with her family on Halloween, said Chicago Police Superintendent Eddie Johnson.The shooting occurred on a packed street in the Little Village neighborhood on Chicago’s West Side, where dozens of kids dressed in costumes were trick-or-treating for Halloween. The 7-year-old was dressed as a bumblebee, the Chicago Sun-Times reported.”Obviously the little girl wasn’t the target. We think two gangs were having a dispute and one of them shot at the other,” Johnson told reporters Friday morning. “She just was in the wrong place at the wrong time.”Police say the child was shot in the lower neck area and is in critical condition, but has been stabilized, Johnson said.A man who police believe was the likely target was shot in the hand during the incident, Johnson said.The superintendent called the shooting “reprehensible.””Those involved don’t deserve to be in our city,” he said. “I’m disgusted but committed to doing everything we can to find the cowards that would engage in a gun battle during the early evening hours while children are trick or treating.””We heard the shots,” Lali Lara, who works in a nearby cellphone store, told the Chicago Tribune. “The girl’s father was screaming, ‘My little girl’s been shot.’”One person of interest has been identified, Johnson said, adding, that there were “multiple offenders,” though the specific number is unclear.”Detectives have been working through the night to follow leads and chase down every bit of video available” along that street, said Johnson.A suspect was wearing a Jason Halloween mask, Johnson said.Johnson said phones were “ringing off the hook” Thursday night as community members passed along information.”There’s no place for offenders to hide when all eyes are searching,” Johnson said. “I am asking anyone who knows anything to stand up and do the right thing.”Copyright © 2019, ABC Audio. All rights reserved.