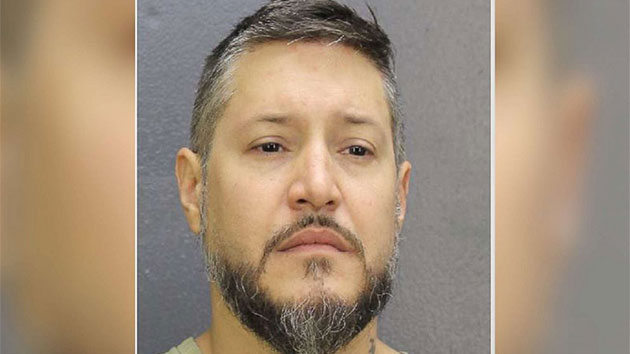 Broward County Sheriffs Office(HALLANDALE, Fla.) — Authorities in Florida are pouring over audio recordings from a couple’s Amazon Echo Dot devices as they continue to investigate a bizarre death.Detectives are hoping to find audio from July 12, the night Silvia Galva was killed in Hallandale when the blade of a spear pierced her chest after a fight with her boyfriend, Adam Crespo.Crespo has been charged in her slaying.Christopher O’Toole, an attorney for Crespo, told ABC News that he was “looking forward to the recordings” because he believes they will reveal the truth around Galva’s death.”I ordinarily I wouldn’t want these recordings — I would jump up and down and object because I think it’s an invasion of privacy,” O’Toole said. “I think the truth is: My client did nothing wrong.”According to a July police report, Galva and Crespo were arguing when he tried to pull her off the bed, which had a 5-foot spear at the corners with a double-sided metal blade.”As the defendant was pulling the victim off the bed, the victim grabbed on the wooden shaft of the spear,” the police report said. “The defendant continued to pull the victim from the bed and turned away from the victim. While he was still pulling … he heard a snap. The defendant turned around and discovered shortly after that the blade had penetrated victim’s chest. The defendant pulled the blade out of the victim’s chest ‘hoping it was not too bad."”Crespo then told another person in the house to call 9-1-1 and tried to apply pressure on the wound, but Galva died.Police alleged that Crespo’s actions caused her death.”Based on the information received, the actions of the defendant caused the victim to grab the spear to keep herself on the bed. The force used by the defendant to remove the victim caused the shaft to break and in an unknown way caused the blade to pierce the victim, which caused the loss of life,” the police report said.Crespo was charged with second-degree murder. He’s out on bail.Hallandale police confirmed that Amazon had turned over the devices.”Amazon does not disclose customer information in response to government demands unless we’re required to do so to comply with a legally valid and binding order,” the company said.Amazon said audio is not streamed to the Cloud or recorded unless it detects a wake word — “Alexa,” “computer,” “Amazon” — and once a recording is deleted, it cannot be recovered.Copyright © 2019, ABC Audio. All rights reserved.