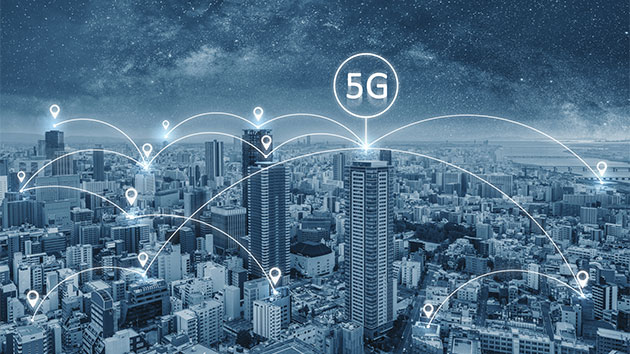 SasinParaksa/iStock(BEIJING) — Three of the biggest mobile companies in China have launched 5G services in 50 of its cities, according to China’s state-run news service Xinhua.5G, the next generation of mobile technology, promises lightning-fast speeds and has set the tech community abuzz for months.In the U.S., the service currently is only available in very limited areas of major cities. Most cell phones currently on the market, including Apple’s latest iPhone 11, don’t even have 5G capabilities yet.China Mobile, China Unicom and China Telecom simultaneously launched their monthly 5G plans on Thursday, bringing the technology to 50 cities in China including Beijing, Shanghai and Shenzhen, according to Xinhua.Monthly plans to access 5G range in price from approximately $18 to $85 a month depending on the amount of data and talk time you want.”Innovation in applications will be the focus of 5G’s next-stage development,” Hu Houkun, the deputy chair of Huawei’s board of directors, told Xinhua.Tech industry consultant and host of the Mobile Tech Podcast, Myriam Joire, described 5G as “4G on steroids” in an interview with ABC News in October, noting that the next generation of mobile tech is expected to be way faster than the 4G technology we currently use which allowed faster mobile web browsing, video streaming and more.”We honestly don’t know what it is going to bring to the table,” Joire said of 5G. “But 4G itself allowed things like Snapchat and Instagram Stories, which we couldn’t have predicted.””The reason there is a lot of brouhaha around it is because it promises, at least, to bring a whole lot of new applications to the market,” Joire added.Sandro Tavares, the head of 5G and Mobile Networks Marketing for Nokia in the U.S., told ABC News in October that, with 5G at top speeds, “You would be able to download the full ‘Game of Thrones’ set of episodes in just a few minutes.”

US economy shrank 0.9% in second quarter