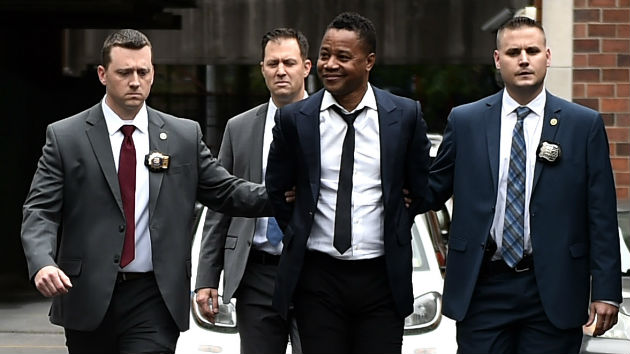 A video obtained by TMZ purportedly shows the Jerry Maguire actor touching the backside of a server at the New York City restaurant Tao, but Gooding’s lawyer, Mark Heller, disagrees.

“What I see in the Tao video is at roughly 4:30 a.m. at the end of the day. Cuba is exiting the facility, and with the back of his hand, his fingernail, he taps the lady in the back and turns around to give her a high five just as a salutation of goodbye,” Heller said outside court, insisting, “It’s not criminal conduct whatsoever.”

“As we’ve noted in the voluntary disclosure form, we are still working on redacting the victims’ faces from video of the 2018 incidents,” said assistant district attorney Jenna Long.

Adds Long, “We’ve provided defense counsel a short clip from one of the incidents and, within 24 hours, that video had been released to the media. We feel that the release is inappropriate and an effort to taint the jury pool. The video released was also incomplete and only shows conduct from immediately after the charged incident.”

Gooding’s next court date is January 22.