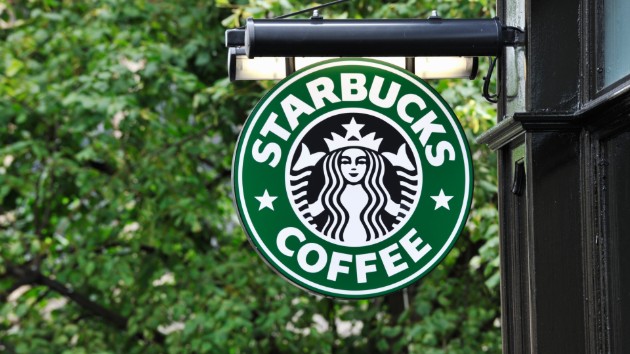 JohnFScott/iStock(PHILADELPHIA) — A former regional director for Starbucks is suing the company, claiming her termination was racially discriminatory and prompted by the arrest of two black men at a Philadelphia store. In April 2018, Rashon Nelson and Donte Robinson were handcuffed by Philadelphia Police officers after the store manager called 911. The pair was said to be waiting to meet a potential business partner when the manager allegedly told them to “make a purchase or leave.” Shannon Phillips, who oversaw retail operations at Starbucks locations in Southern New Jersey, Delaware, the Philadelphia region and parts of Maryland, was fired less than a month after the arrests, according to the lawsuit, filed in the U.S. District Court for the District of New Jersey.The complaint, which claims racial discrimination was a “motivating” or “determining” factor in Phillips’ termination, claims that Starbucks “took steps to punish white employees who had not been involved in the arrests” to “convince the community that it had properly responded to the incident.”Phillips, who is white, allegedly was ordered to place a white employee who the lawsuit says had no involvement in the incident on administrative leave because of an allegation of discriminatory conduct, which Phillips says she “knew to be false” and provided information to prove that it was “factually impossible,” the complaint states.The employee whom Phillips says she was instructed to punish, a Philadelphia district manager, had complaints against him by non-white managers who claimed they were paid less than white employees, according to the lawsuit. Phillips says she objected, telling Starbucks executives that the employee had worked for the company for 15 years and did not have any performance issues, was not a racist and that she had never observed any discriminatory comments or conduct by him. She also explained that policies and procedures put in place by Starbucks determined employee compensation and that the district manager could not have any input on salaries, the complaint states.In addition, the lawsuit claims that Starbucks did not take any steps to punish a black district manager who oversaw the Philadelphia store where the arrests occurred.Before she was fired, Phillips allegedly was encouraged to apply for a temporary position Starbucks created to support its government and community affairs unit, a position she was “well qualified for,” the lawsuit states. After she was interviewed, she was told that the position was put on hold and was fired about two weeks later, according to the complaint.Starbucks did not give a reason for Phillips’ firing other than, “the situation is not recoverable,” the lawsuit states.The lawsuit describes Phillips as a “loyal, dedicated and high-performing” employee for the nearly 13 years she worked for Starbucks. In the wake of the arrests, she engaged in “crisis management” with her superiors and subordinates to ensure the safety of employees and customers in Philadelphia as well as took steps to ensure that the retail locations she oversaw “were a safe and welcoming environment for all customers, regardless of race,” according to the complaint.A spokesman for Starbucks told ABC News, “We deny the claims in the lawsuit and are fully prepared to present our case in court.”The lawsuit states that Phillips suffered “irreparable injury and monetary damages” as a result of Starbucks’ “discriminatory acts” and seeks compensatory and punitive damages as well as legal and equitable relief. Copyright © 2019, ABC Audio. All rights reserved.

Yemen, on brink of collapse, may suffer further after Trump decision on Ansar Allah
Early indications show honeymoon period for Biden administration: POLL
Turbulent week of weather ahead with 3 different storms tracking across US
Coronavirus live updates: University of Michigan pauses all sports after positive tests
Tens of thousands protest across Russia in support of poisoned Putin critic Navalny
Families say more should have been done after 3 murders at New York City housing complex