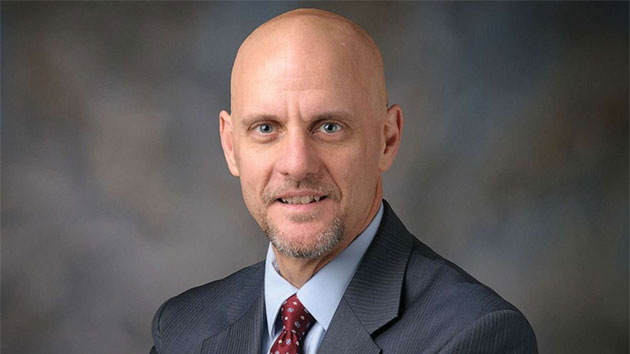 University of Texas MD Anderson Cancer Center(WASHINGTON) — President Donald Trump intends to nominate Stephen Hahn, an oncologist and executive at the MD Anderson Cancer Center at the University of Texas, to take over the Food and Drug Administration, the White House announced in a press release on Friday.If confirmed, Hahn will take over the agency as it faces scrutiny for its handling of e-cigarettes and vaping devices, which are blamed for rising rates of teen nicotine use and connected to a recent wide outbreak of lung illnesses.The Trump administration has pledged to ban flavored e-cigarette products, seen as one of the main draws for young people, but must also grapple with regulating illegal or counterfeit products used in vapes amid pressure from anti-tobacco groups, public health experts and pro-vaping advocates.Hahn has no experience in government, but has spent the majority of his career as a radiation oncologist researching lung cancer and sarcoma. He was named chief medical executive of MD Anderson in 2018. Prior to that he worked as chair of the radiation oncology department at the University of Pennsylvania Perelman School of Medicine.Trump’s first FDA commissioner Scott Gottlieb stepped down in March and was replaced by Ned Sharpless as acting commissioner, who was previously director of the National Cancer Institute.In addition to the attention on e-cigarettes and tobacco, the FDA has been working to fast-track approvals for some new drugs and medical treatments, update food labeling and improve systems to track and prevent outbreaks of food-borne illnesses. Copyright © 2019, ABC Audio. All rights reserved.