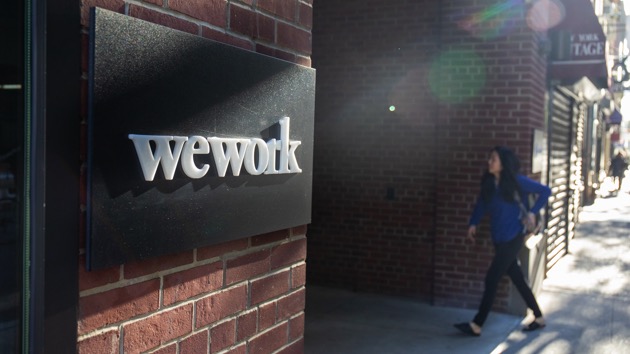 nycshooter/iStock(NEW YORK) — The former chief of staff to WeWork’s ousted CEO, Adam Neumann, has filed a complaint with the Equal Employment Opportunity Commission, alleging she experienced pregnancy discrimination, gender discrimination and more during her time at the company.Medina Bardhi was the former chief of staff to Neumann, who last month stepped down as CEO from the company he co-founded in 2010, after struggling to take the startup public, but stayed on as chairman of the board.Bardhi was employed at WeWork for more than five years before being terminated earlier this month and filed the complaint with the EEOC on Thursday.The complaint alleges that WeWork had subjected “many female employees” to “gender and pregnancy discrimination (including demotion and replacement in connection with maternity leave), gender-based pay disparities, and retaliation for engaging in protected activity in opposition to gender and pregnancy discrimination.”The complaint alleges that Neumann would refer to her maternity leave as a “vacation,” reportedly made disparaging comments such as, “I hope you’re going to have fun on your vacation while we’re here working.” He would also make these comments in front of other employees, the complaint alleges.Bardhi gave birth to two children while working at WeWork and alleges that, when she returned to work following her maternity leave, the management would reduce her role or demote her. In addition, she said that both time she told Neumann she was pregnant, the company would begin looking for permanent replacements for her, according to her attorney. She was eventually replaced with less-experienced men, according to the complaint.Douglas H. Wigdor, a founding partner at Wigdor LLP, an employment litigation law firm, who represents Bardhi, said he hopes the complaint “will send a loud and clear message to WeWork and other startups that pregnant women cannot be forced out of their jobs.””It is astonishing that WeWork could reward Adam Neumann’s blatant sexist behavior with a staggering and unprecedented golden parachute worth over a reported $1 billion, while the company has subjected Ms. Bardhi and other women to repeated and systematic marginalization, lesser pay than their male colleagues, and retaliation for having the courage to raise legitimate complaints of gender and pregnancy discrimination,” Wigdor said in a statement.He said he hopes the complaint “will send a loud and clear message to WeWork and other startups that pregnant women cannot be forced out of their jobs, that women must be paid fairly and afforded equal opportunities, and that you cannot retaliate against any person who voices a complaint of discrimination.”A WeWork spokesperson told ABC News Thursday that it has “zero tolerance for discrimination of any kind.””WeWork intends to vigorously defend itself against this claim. We have zero tolerance for discrimination of any kind,” the company spokesperson said in a statement. “We are committed to moving the company forward and building a company and culture that our employees can be proud of.”This is just the recent drama in what’s been a litany of woes for the co-working startup. Last month, the company withdrew its initial public offering filing shortly after Neumann stepped down.WeWork’s valuation had been in the spotlight for weeks because it was supposed to go public and then announced it would delay its initial public offering to investors after many questioned its value, touted at one time to be $47 billion.Politicians including 2020 Democratic presidential candidate Andrew Yang and Rep. Alexandria Ocasio-Cortez, D-N.Y., also questioned WeWork’s value.At a September hearing of the U.S. House Committee on Financial Services’ Subcommittee on Investor Protection, Ocasio-Cortez cited WeWork’s move to go public as an example of a potential risk for everyday investors because of what was being criticized as its inflated valuation.More recently, the company faced another public relations black eye after up to 2,300 phone booths in WeWork locations throughout the United States and Canada were flagged to have “potentially elevated levels of formaldehyde.”Copyright © 2019, ABC Audio. All rights reserved.

Biden campaign eyes Georgia, Texas with 9 days left in campaign
Boy, 3, dies at his birthday celebration after accidentally shooting himself with family member’s gun
Ethiopian prime minister compared to Mandela now ruling with an iron fist
“He did what he did”: Sacha Baron Cohen responds to ‘Borat 2’ scene with Rudy Giuliani
‘Bless This Mess’ star Lake Bell splits with husband of seven years
Family of murdered college athlete settles with university for $13.5 million