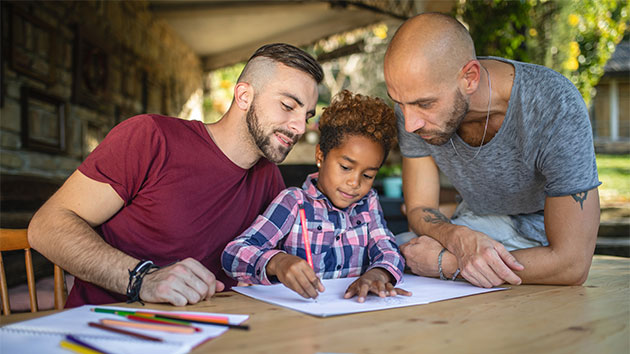 FluxFactory/iStock(WASHINGTON) — The Department of Health and Human Services announced a new proposed rule on Friday that advocates argue would allow agencies receiving federal dollars to discriminate against individuals based on sexual orientation, among other things. The proposal would rescind an Obama-era rule that prevented foster care agencies receiving federal funds from discriminating against families based on sexual orientation, gender identity or religion.The HHS announcement said “the proposed rule represents the Trump Administration’s strong commitment to the rule of law — the Constitution, federal statutes, and Supreme Court decisions.”The administration argues that faith-based groups would stop participating in the program and in turn, reduce its effectiveness.”These require that the federal government not infringe on religious freedom in its operation of HHS grant programs and address the impact of regulatory actions on small entities,” the announcement said.Critics were quick to oppose the proposed rule, saying it would be detrimental to children in foster care and could openly allow discrimination.According to the American Civil Liberties Union, the proposal would “impact recipients of a broad range of services including individuals experiencing homelessness, those in HIV prevention programs, and children and families involved in the foster care system.”Leslie Cooper, ACLU’s deputy director for the LGBT and HIV Project, said the rule “will open the door to discrimination based on faith, sex, sexual orientation, and gender identity in countless federally-funded programs, including critical programs that serve the more than 400,000 children in foster care around the country.”Her statement went on to say, “It is despicable that this administration would authorize taxpayer-funded child welfare agencies to discriminate against children and turn away qualified families they desperately need.”During President Donald Trump’s tenure, his administration has taken several steps aimed at expanding legal protections for groups and individuals on the basis of religion, like announcing protections for health care workers who object to various services based on personal beliefs.At this year’s National Prayer Day service, Trump said he was committing his administration to “preserve the central role of faith-based adoption and foster care agencies to care for vulnerable children while following their deeply held beliefs.” Copyright © 2019, ABC Audio. All rights reserved.