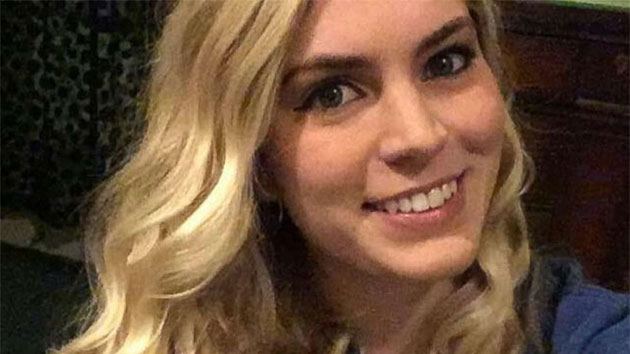 Facebook/Haley.Anderson.9212(NEW YORK) — A man accused of killing a 22-year-old nursing student at SUNY Binghamton last year has been found guilty by a court in Nicaragua, to which he fled after the woman’s murder.Orlando Tercero, 23, could face 25 to 30 years in prison for the March 2018 killing of Haley Anderson, Steve Cornwell, the district attorney for Broome County, said via Twitter.Tercero was tried in Nicaragua because that country and the U.S. don’t have a formal extradition treaty.He fled from the U.S. shortly after Anderson’s murder and was arrested shortly thereafter in Nicaragua, where he had family, authorities said.”We saw something that we haven’t seen before, but we saw two governments working together, law enforcement agencies working together,” Cornwell told the Binghamton Press & Sun-Bulletin on Friday. “Although not what we wanted, we wanted to have the trial here, but we saw justice take place in a courtroom on an international stage.”Tercero and Anderson had been romantically involved before she was killed, police said.She originally was from Westbury, New York, on the western half of Long Island.Copyright © 2019, ABC Audio. All rights reserved.