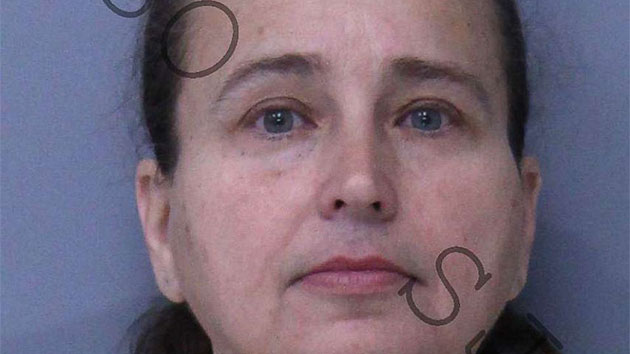 St. Johns County Sheriffs Office(INTERLACHEN, Fla.) — A Florida foster mother has been arrested on charges of organizing an adoption scheme and allegedly used her own son as a pawn in the fraud.Tina Scee, 45, allegedly posed as a worker for the Florida Department of Children and Families while a foster parent and created a guise that the disabled boy she later adopted in 2017 when he was 2 years old was available for adoption, according to a press release from the Florida Department of Law Enforcement.A couple from Ohio then visited Scee, a resident of Interlachen, a town about 50 miles southwest of St. Augustine, to meet the boy, authorities said. Scee then allegedly let the boy return to Ohio with the couple but told them that they would have to return to Florida several times before the adoption could be completed.Scee had the couple bring the child back to Florida multiple times in September 2017 and October 2017 to make it appear that she was was taking care of the child full time during site visits from DCF, authorities said. Meanwhile, she was receiving SNAP benefits and daycare assistance for the child while he was in Ohio, which totaled nearly $4,000.Scee was granted adoption after ordering that the boy return to Florida on Oct. 31, 2017 for the final adoption hearing, but the boy returned to Ohio following the hearing.The couple contacted the Florida Community Partnership for Children after they could not obtain the legal documents necessary to complete their adoption of the boy. The FDLE began investigating Scee in 2018 after receiving the complaints.Scee did not receive any money from the couple during the alleged scheme, authorities said. She is charged with organized scheme to defraud, grand theft, illegally placing a child for adoption and perjury.She turned herself in and was booked into the St. Johns County Jail in St. Augustine and was later released on $20,000 bond.ABC News could not immediately reach Scee or a representative for the Florida Department of Law Enforcement for comment.The Florida Office of the State Attorney will prosecute the case.Copyright © 2019, ABC Audio. All rights reserved.