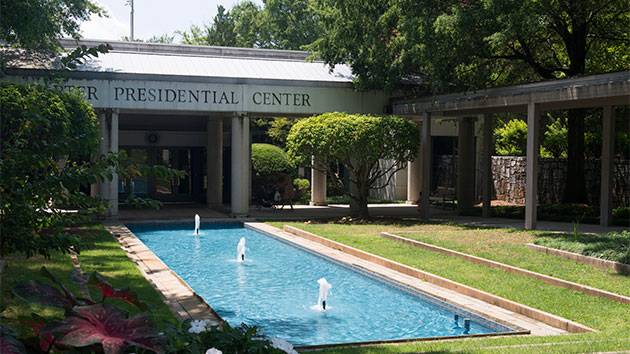 aimintang/iStock(PLAINS, Ga.) — At a church service on Sunday, former President Jimmy Carter reflected on dying and expressed his thoughts on what would truly make American great. “I assumed naturally that I was going to die very quickly,” said Carter, referring to his cancer diagnosis in 2015, during a Sunday school service at Maranatha Baptist Church in Plains, Georgia.Carter’s Sunday message was about belief in resurrection and life after death as a Christian. He recounted his cancer diagnosis after making a trip to monitor elections in Guyana. He said doctors had removed part of his liver and then later found cancer in his brain.”I said a prayer about it I didn’t ask God to let me live, I found that I was absolutely and completely at ease with death,” he said at the service.He did not talk about his recent falls or injuries. Carter suffered a minor pelvic fracture and was hospitalized late last month after falling at his Georgia home. It was the third fall for the nation’s 39th president in recent months.Carter, 95, had to get stitches above his brow after falling at his ranch house earlier in October. And in May, he underwent surgery after falling and breaking his hip while he was leaving to go turkey hunting.During Sunday’s service he said his only concern about dying was missing his family and loved ones but said that he realized, as a Christian, he would see them again.He said that when he was younger, he struggled with believing in life after death because as a scientist, he couldn’t prove it. Now he feels at peace with his life.Carter also briefly discussed politics during the service. He said he wished the U.S. could be a superpower in world peace and asked “Wouldn’t it be good if the U.S. could be a super power for the environment or for equal rights?”He made the congregation a promise to reach out to help someone who needs it. He said doing so would make America a better country and told church members it would make “you a better Christian.””We make hundreds of thousands of decisions every day. Every one of us makes the crucial decision in our life .. that this is the kind of person that I myself chose to be.” he said.Carter is the oldest living former president in U.S. history. He and his wife, Rosalynn, have been married for more than 73 years, making them the longest-married presidential couple.Despite his recent falls, the former president has kept busy and was spotted last month helping to build homes for Habitat for Humanity. Copyright © 2019, ABC Audio. All rights reserved.