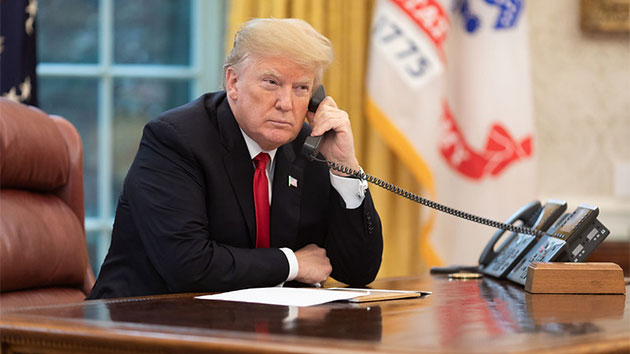 The Governor of California, @GavinNewsom, has done a terrible job of forest management. I told him from the first day we met that he must “clean” his forest floors regardless of what his bosses, the environmentalists, DEMAND of him. Must also do burns and cut fire stoppers…..

— Donald J. Trump (@realDonaldTrump) November 3, 2019 In response, Gov. Newsome tweeted, “You don’t believe in climate change. You are excused from this conversation.”

You don’t believe in climate change. You are excused from this conversation. https://t.co/PSt8N39Er5

— Gavin Newsom (@GavinNewsom) November 3, 2019 He also suggested that the federal government will not be giving the state funding to help battle these wildfires adding, “Every year, as the fire’s rage & California burns, it is the same thing-and then he comes to the Federal Government for $$$ help. No more.”

….putting these massive, and many, fires out. Great firefighters! Also, open up the ridiculously closed water lanes coming down from the North. Don’t pour it out into the Pacific Ocean. Should be done immediately. California desperately needs water, and you can have it now!

— Donald J. Trump (@realDonaldTrump) November 3, 2019 This is not the first time Trump has made this threat. Last November, as crews battled the Camp and Woolsey fires, Trump blamed the state in a tweet for “gross mismanagement of the forests” and left state officials with this choice: “Remedy now, or no more Fed payments!”Then in January, he threatened again via tweet to end federal emergency funding to help aid California’s destructive wildfires tweeting, “Unless they get their act together, which is unlikely, I have ordered FEMA to send no more money. It is a disgraceful situation in lives & money.”Although the president has a history of casting blame on California officials, most of California’s forests are owned and managed by federal agencies. Federal agencies manage 57 percent of the approximately 33 million acres of forest in the state, according to research done by the University of California.The president also tweeted Sunday morning that California “desperately needs water.” However, drought maps show that during this time California is not in desperate need of water as Trump suggested and that drought is not playing a role in the wildfires. Copyright © 2019, ABC Audio. All rights reserved.