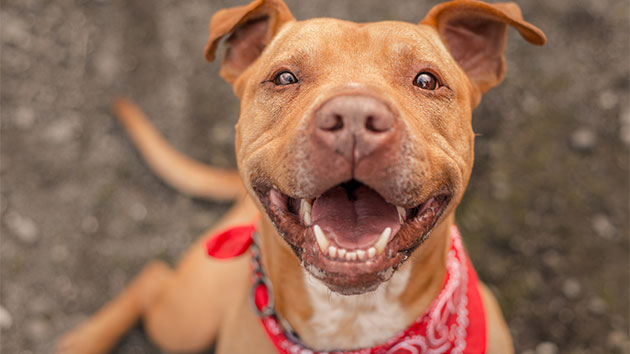 Photography by Adri/iStock(ATLANTA) — An animal advocate in Georgia is showing his dedication to the dog breed that is often the most discriminated against by opening up a facility devoted solely to them.Paulding County resident Jason Flatt has recently purchased 46 acres of land in a remote part of the area to build a state-of-the art sanctuary for pit bulls and pit bull mixes, he told ABC Atlanta affiliate WSB-TV.Flatt already pulls pit bulls out of local shelters and cares for them with a small team at his home, which is filled with kennels for the pupsMost of the dogs Flatt tends to have experienced some sort of trauma.Flatt said he is working to change the narrative of the breed, which is known as being aggressive or used as fighting dogs.”Everybody assumes these dogs are like these baby-killing monsters,” Flatt said. “Pit bulls have a problem — big problem. In every major city, every pound is full of them, and there’s not enough rescues to take them.”In Georgia, about 80% of the dogs at animal shelters are pit bulls or pit bull mixes, according to WSB-TV.At his new facility, Flatt aims for every dog to have a 40-foot run made of concrete and grass. The sanctuary will also inclide areas for rehabilitation, indoor play and a veterinarian, he said.His goal is to raise enough money to break ground in the next few years, he said.”We don’t give up on dogs,” he said. “We never have.”Flatt and his team will work to find every dog the right home. Those that don’t will continue to live with him on the property.”Every one of them has a story,” he said. “The stories don’t matter. It’s the endings — the endings that we look to change.”Copyright © 2019, ABC Audio. All rights reserved.