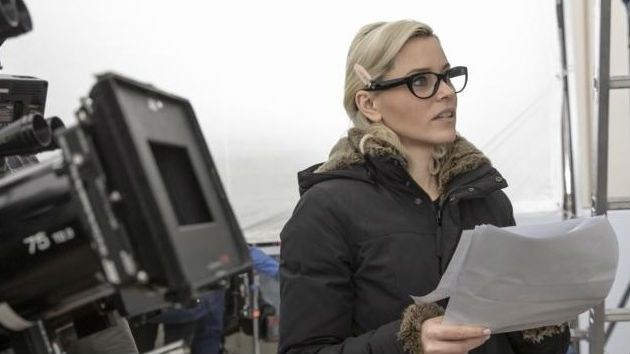 © 2019 CTMG, Inc. All Rights Reserved.(LOS ANGELES) — Elizabeth Banks is behind the camera once again, directing the reboot of Charlie’s Angels.The original TV series featuring female private detectives debuted in 1976 and was later spun off into action films. Banks told Good Morning America that she grew up watching reruns of the original show.”I wanted to be [cast member] Kate Jackson — who didn’t?” Banks said. “Who hasn’t done the pose and the idea that these women were beauties with brains, who were kicking butt in an industry doing a job that was traditionally done by men. It was very revolutionary, and I felt like we needed to remind people, even today, that women’s opportunities and what they’re capable of, the sky’s the limit. That’s the point.”

Banks said she identifies with Jackson from the original Charlie’s Angels the most.”I think because she was so brainy and relatable, and honestly Jacqueline Smith and Farrah Fawcett, they were so beautiful. I couldn’t have ever imagined being either one of them.”The new Charlie’s Angels film stars Banks as Bosley, who oversees the angels, played by Kristen Stewart, Naomi Scott and Ella Balinska.  Since that trio didn’t grow up on the Charlie’s Angels series, Banks said they did some research to get into character.”They were big fans of the movies that Drew Barrymore made with Cameron Diaz and Lucy Liu, which are also completely iconic and incredible,” Banks declared. “We took a lot of inspiration from all of it — from everything that came before and I feel like as a filmmaker, as a feminist, as a woman I’m standing on the shoulders of all the women that came before me in my industry and this movie is really about that.”She added, “These angels stand on the shoulders of the angels that came before them.”Charlie’s Angels opens November 15.