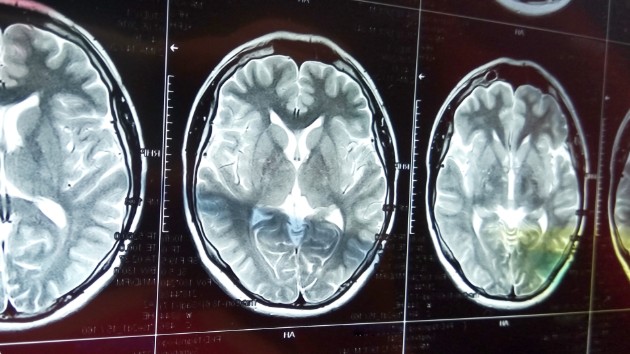 Ildar Imashev/iStock(NEW YORK) — One year ago, country singer Chely Wright wasn’t sure if she’d had a stroke after experiencing unknown symptoms. Now, she wants to make sure others aren’t in the same position. She took to social media over the weekend and opened up about her health scare. The 49-year-old country music star wrote about how she was experiencing symptoms of a migraine for three days amid her busy show schedule.”I sort of knew it,” she shared in a Facebook post. “What I had been experiencing with that headache and leading up to that headache was different. I’d even said aloud to myself in the bathroom mirror, ‘Did you have a stroke?"””Exactly one year ago today, I went to the ER at Lenox Hill Hospital because I was on Day 3 of a migraine, which isn’t uncommon for me,” Wright wrote. “Because I had shows booked for the coming weekend, I wanted to get this headache out of the way. Lauren and I dropped the boys at school and headed to the ER.” When she finally saw a doctor, she said the doctor was concerned about the symptoms that she described.The country star, who rose to fame in the 1990s for hits like “Shut up and Drive” and “Single White Female,” had just turned 48 years old and immediately underwent a series of diagnostic tests. It turned out that she did have a stroke. Now, the singer is reassuring others that she is OK, but also using social media to urge others to be aware of the symptoms and listen to their bodies.”The reason I’m sharing this is so you all might take a moment to refresh your understanding of stroke and the symptoms of stroke,” she wrote. Wright also made sure to mention that not everyone is as fortunate as herself and said, “I am okay and very grateful to have access to quality medical care. As we all know, not everyone in America has that luxury. We have to fix that.” Wright received an outpouring of concern and support from her fans after revealing her stroke diagnosis on Facebook. Many even shared similar experiences that they’ve had, saying that having a stroke is more common than you’d think.According to the National Heart, Lung and Blood Institute, signs of a stroke can develop quickly or over hours and even days. The institute also says that the symptoms depends on the type of stroke and the area of the brain that’s affected.Some symptoms of a stroke include sudden weakness, paralysis (an inability to move) or numbness to the face, arms or legs, especially on one side of the body, confusion, trouble speaking and even a sudden and severe headache — like Wright experienced. Strokes also affect more women than men and kill more women than men. One in five women has a stroke, according to the American Stroke Association. “We don’t totally understand it. It’s complex,” ABC News chief medical correspondent Dr. Jennifer Ashton said of the disparity. “Part of the reason is because [women] tend to deny things and say, ‘Oh this is not a good time. I’m not going to seek medical attention."” “But there are also some hormonal factors,” she added. “We know that there certain reproductive or OBGYN issues that increase the risk and a lot of them occur during pregnancy, like gestational diabetes, preeclampsia, or high blood pressure. Women on certain hormones, either the birth control pill or hormone replacement therapy, especially those who have a history of migraines and/or smoke, can be in higher risk.” Women especially need to remember that a stroke is a medical emergency, according to Ashton, who explained the acronym people need to remember for strokes, FAST. “F stands for face drooping, A is arm weakness, S is slurred speech, T [is for] this is a medical emergency. It’s time to call 911,” she said. “When in doubt, check it out.” After her own experience, Wright encouraged her followers to listen to their bodies. “Pay attention to your body and encourage your loved ones to do the same,” she said.

‘COVID has taken a lot from me’: Inside one long hauler’s recovery