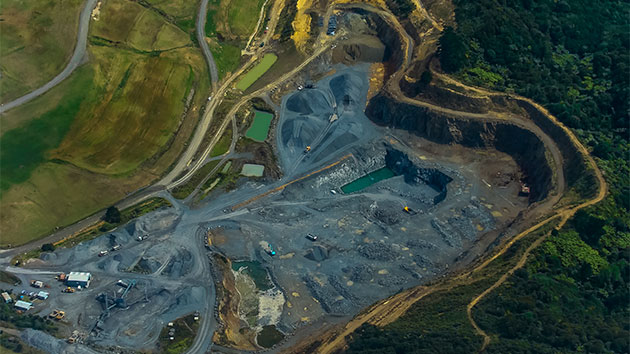 BrankoPhoto/iStock(WASHINGTON) — The Environmental Protection Agency announced new proposals to regulate pollution from coal-fired power plants on Tuesday, a move advocates say will weaken protections for groundwater and sources of drinking water around the country. The newly announced changes would ease some requirements put in place in 2015 that would have required coal-fired power plants to stop the use of coal ash ponds that store waste from burning coal and drastically reduce how much wastewater they can release into rivers and lakes.EPA chief Andrew Wheeler said the rule would help alleviate the cost of complying with earlier rules for energy companies that challenged the Obama-era rule in court.”Today’s proposed actions were triggered by court rulings and petitions for reconsideration on two 2015 rules that placed heavy burdens on electricity producers across the country,” Wheeler said in a statement.”We are proposing both at the same time in order to provide more certainty to the American public. These proposed revisions support the Trump Administration’s commitment to responsible, reasonable regulations by taking a commonsense approach, which also protects public health and the environment.”But environmental advocates accused the Trump administration of weakening rules intended to protect the public from pollution in exchange for helping the coal industry save money.”It is outrageous that Trump’s team is so beholden to polluters that they are willing to let power plants continue to dump lead, mercury, chromium and other dangerous chemicals into our water supply to preserve every last cent of their profits,” Thom Cmar, deputy managing attorney of the coal program at the environmental law firm Earthjustice, said in a statement.”If it weren’t for the reckless rollbacks under Donald Trump, there would be no more toxic chemicals being added today to ponds across the U.S. that are leaking poison into our water. Earthjustice and our partners will fight this every step of the way.”One of the concerns with coal ash — a byproduct of burning coal which can contain potentially dangerous substances, such as mercury, cadmium, and arsenic — is that the contaminants can leach into the groundwater when the pond or pit where it’s stored isn’t lined properly.One analysis from the Environmental Integrity Project, a nonprofit, nonpartisan group led by former Obama-era EPA officials, and other groups found that groundwater near 91% of unlined coal ash ponds around the country had levels of at least one related pollutant higher than what is considered safe.Advocates have also raised concerns about the risk of coal ash ponds in areas impacted by natural disasters or flooding, saying the ponds could overflow and release contamination into other bodies of water or sources of drinking water.Companies will still have to test groundwater around coal ash pits and take action when contamination spreads under the EPA’s newly proposed rule, but it allows the ponds to stay open beyond a 2019 deadline in the coal ash rule put in place under the Obama administration.Some changes in the newly proposed rule were forced by court rulings in legal challenges against the Obama-era rule, but advocates said the Trump administration is allowing coal ash ponds to stay open as a source of pollution to help power companies save money. Under the rule proposed Monday, companies will have until Aug. 31, 2020 to stop releasing waste to coal ash ponds and update or begin to close them.The EPA announced a separate rule Monday that would change restrictions on how much pollution power plants can discharge into rivers and lakes, saying that new technology has made it cheaper to limit pollution since the rule was written in 2015.The agency says that proposal would reduce pollution more than the original rule by blocking an estimated 105 million pounds of lead, arsenic, mercury and other substances from entering bodies of water and save reduce the cost of complying with the previous rule by about $175 million a year.Copyright © 2019, ABC Audio. All rights reserved.