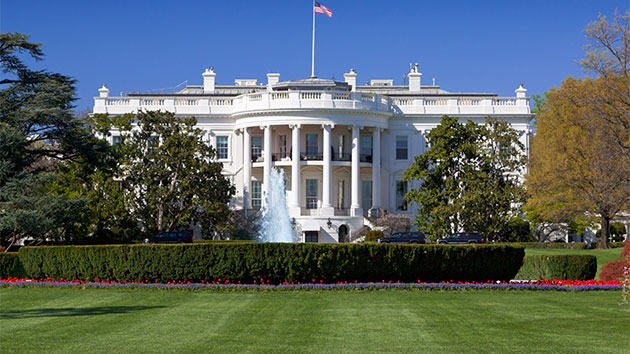 OlegAlbinsky/iStock(WASHINGTON) — Former Republican Rep. Bob Livingston says he has never spoken with Rudy Giuliani about Ukraine, and did not coordinate with him when he sounded alarms about the former U.S. ambassador to the country, Marie Yovanovitch. In an interview, Livingston told ABC News he was dismayed by reports that suggested that federal prosecutors in New York were looking into whether he had contact with the president’s personal lawyer as part of a push to remove Yovanovitch. He said he sounded alarms about Yovanovitch because of what he was hearing from his contacts in Ukraine.“I picked up the phone to call the State Department, or the NSC [National Security Council], to let them know that she was trashing Trump,” Livingston said. “I had several people tell me the ambassador was doing a terrible job.”Yovanovitch has disputed this, telling congress “the notion that I am disloyal to President Trump” is “fictitious.”Livingston’s name first surfaced in the House impeachment inquiry after he was identified by a former White House official as someone who repeatedly complained about the ambassador. But he says those complaints were in no way connected to a simultaneous efforts by Giuliani and others to see Yovanovitch replaced.The official, former National Security Council Director for Ukraine Catherine Croft said during her deposition before House impeachment investigators that she “received multiple calls” from Livingston while she was at the White House, telling her that Yovanovitch should be fired, according to her opening statement obtained by ABC News.Asked by ABC News whether there was any connection between his alleged push to oust Yovanovitch and Giuliani’s, Livingston said, “The simple answer is that no, there was no connection between our clients nor of our efforts and those of Mr. Giuliani.” Livingston declined to comment on whether he had been contacted by investigators or prosecutors.The U.S. Attorney’s Office for the Southern District of New York declined to comment on the matter. However sources familiar with the investigation say Livingston is not a target of the probe.Two of Giuliani’s associates, Lev Parnas and Igor Fruman, have been indicted in a campaign finance case in the Southern District of New York. Both men have pleaded not guilty. According to the indictment, Parnas sought Yovanovitch’s ouster earlier this year along with their efforts to get Ukrainian officials to investigate the president’s political rival, former Vice President Joe Biden, and his son.For her part, Yovanovitch defended her record as an experienced and respected diplomat and called all of the efforts to oust her a “mystery.””Honestly, it’s a mystery to me,” she told members of Congress during her recent deposition. “But all I can conclude from everything that I’ve seen over the last 5 or 6 months is that they felt that our policy to try to make Ukraine stronger and more resilient, through the anticorruption policies … were problematic for them.”Yovanovitch said she believed she was “in the way” as Giuliani and his associates’ pursued their own interests — both business and political.As ABC News has previously reported, Manhattan investigators are looking into the business relationship between Giuliani and his Soviet-born associates, focusing on whether Giuliani had to register as a foreign agent with the Justice Department for his work for his foreign clients, according to sources.Giuliani did not respond to calls and emails seeking comment.Livingston, now a powerhouse Washington lobbyist, has been actively lobbying on behalf of three Ukrainian clients through his firm Livingston Group, records filed under the Foreign Agent Registration Act show. Only one of the clients is connected to Ukrainian politics, he said.Copyright © 2019, ABC Audio. All rights reserved.