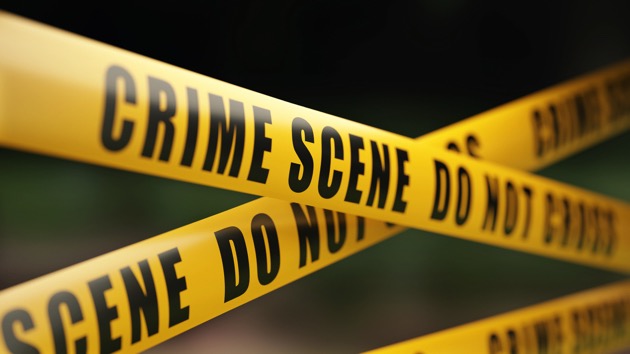 MicroStockHub/iStock(KLEBERG COUNTY, Texas) — Authorities have released an image of two unidentified persons of interest who were seen inside the RV of a murdered New Hampshire couple, whose remains were found in a shallow grave in Texas last week.James Butler, 48, and his wife, 46-year-old Michelle Butler, were found on Padre Island, located along the southern coast of Texas, on Oct. 28 after the night before deputies following up on a lead noticed a bra covered in sand sticking out of the side of a dune, which may have been dug out by wildlife, Kleberg County Sheriff’s Lt. David Mendoza told reporters at a news conference Monday.The persons of interest were described as a male driver with ear gauges and “specific” tattoos and a female passenger, Mendoza said. They were seen driving the couple’s stolen RV across a checkpoint in Mexico in surveillance footage on Oct. 21.The couple was last seen on Oct. 15 as they left the Padre Balli Park, Mendoza said. The next day, Michelle Butler posted to social media that they had “just arrived at their new home for the next couple of weeks” before they were to set out to Ft. Lauderdale, Mendoza said.Investigators are looking to speak to the persons of interest because they “might have come in contact with the victims,” said Kleberg County District Attorney John Hubert.There are no suspects in custody, and police are still searching for the RV. Investigators have been in touch with authorities in Mexico, Hubert said.Described by their family as avid travelers, the Butlers had embarked on a cross-country road trip with plans to go to Florida to sell Christmas trees.Family and friends reported them missing on Oct. 23 after they hadn’t heard from them in a week. Michelle Butler is survived by her children from a previous relationship and grandchildren, the couple’s niece, Stephanie van Loon, told ABC News in an interview Sunday.A vigil was held for the slain couple in the Texas town where they were found dead. During the ceremony, residents described the community as safe and peaceful, expressing disbelief that such a crime could have occurred there.When asked by reporters how safe the beach is, Mendoza described the area as a place where families often go. Copyright © 2019, ABC Audio. All rights reserved.