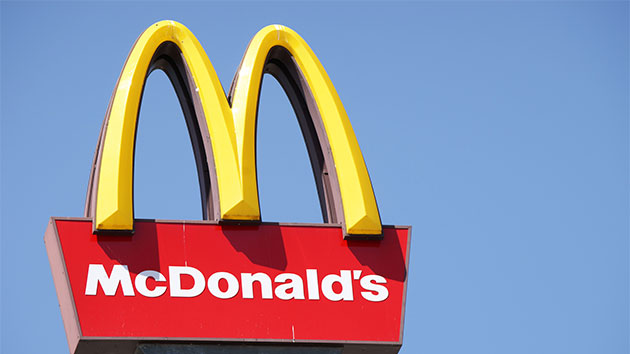 ermingut/iStock(NEW YORK) — Steve Easterbrook, the McDonald’s CEO who was fired after engaging in a consensual relationship with an employee, leaves the Golden Arches with a generous severance package.Easterbrook will receive 26 weeks of severance pay doled out in a lump sum six months after his termination date of Nov. 1, according to an SEC filing that McDonald’s released on Monday along with other documents.In addition, he will be able to exercise some of his stock options and can choose Consolidated Omnibus Budget Reconciliation Act (COBRA) health insurance for 18 months, based on his termination agreement.In fiscal year 2018, Easterbrook’s annual base salary was $1.3 million, according to Salary.com’s executive salary database, which compiles data filed with the SEC. Based on that figure, Easterbrook stands to walk away with about $650,000 in severance pay alone.Chris Kempczinski, president of McDonald’s USA, was named the new CEO and was elected to the company’s board of directors. McDonald’s executive leadership received a further shake-up on Monday after chief people officer David Fairhurst said he was leaving the company.McDonald’s would not give any other information on Fairhurst’s departure, citing a policy that it cannot comment on personnel changes.In an email to employees, Easterbrook said his tenure at McDonald’s was the most fulfilling years of his working life and that he agreed with the board’s decision to fire him.“I engaged in a recent consensual relationship with an employee, which violated McDonald’s policy. This was a mistake. Given the values of the Company, I agree with the Board that it is time for me to move on. Beyond this, I hope you can respect my desire to maintain my privacy,” he stated.He also wished his successor well. “Chris has been an important partner to me over the last four years and is the ideal person to take on the role of CEO. He’s driven and forward-looking, and I am confident he will lead with great purpose and guide McDonald’s to even greater heights,” Easterbrook said in the email.Kempczinski also sent employees an email. He said, “I am excited to take the reins of this incredible company” and called Easterbrook “a patient and helpful mentor.”McDonald’s has not offered any information about the employee involved in a relationship with Easterbrook. Copyright © 2019, ABC Audio. All rights reserved.