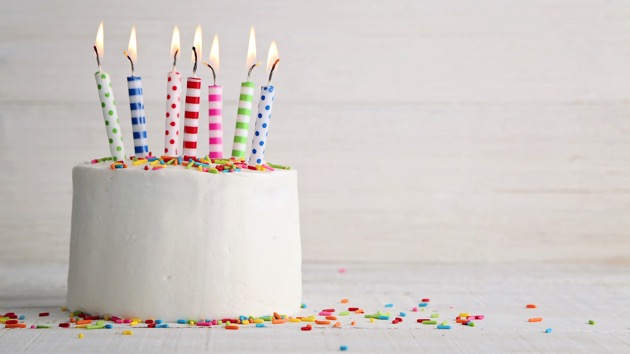 kirin_photo/iStock(TORONTO) —  The responses to this kid’s birthday wish is G-O-A-A-A-L-S!!!Jason Foster took to Twitter in hopes of lifting his son Kade’s birthday spirits after he said “none of his invited friends” came to his 11th birthday party on Sunday.Foster scored major points after some of his son’s favorite professional Canadian hockey stars, and other famous celebrities, sent happy birthday wishes his way.

My son Kade had his 11th birthday party last night. None of his invited friends came. That hurt. I’m asking my Twitter friends to show him some love today. If you have a minute, please send him a birthday wish. @Marner93 @91Tavares @MapleLeafs #LeafsForever pic.twitter.com/kn0vP1l6z8

The tweet included a photo of Kade sporting a Toronto Maple Leafs shirt with his cake that featured an edible iced photo of players John Tavares and Mitchell Marner.The social media post quickly went viral and caught the attention of the team, as well both star centers, who hinted that there would be an even bigger birthday surprise in store.”Happy 11th Birthday Kade! All your friends on the team look forward to celebrating with you. I’m hearing it’s going to be quite the surprise,” Tavares wrote on Twitter in response to his dad’s request.Marner also tweeted the young fan and wrote, “Wanted to wish my friend Kade a Happy 11th Birthday! Your friends from the Maple Leafs have a surprise gift coming your way!”

Wanted to wish my friend Kade a Happy 11th Birthday! Your friends from the Maple Leafs have a surprise gift coming your way! @91Tavares @MapleLeafs https://t.co/tmM8rBx1aY

The tweet garnered nearly 20K retweets, over 135K likes and over 41K replies since Sunday morning.Even Justin Trudeau, the prime minister of Canada, chimed in to celebrate the young boy.

Canadian-born actor Will Arnett replied with a GIF of his famed character from The Lego Batman Movie.

Luke Skywalker himself, actor Mark Hamill, also joined in on the celebration and wished Kade “the happiest of birthdays!”

“Happy birthday Kade! Your Leafs won, your friends here wish you a happy birthday and nothing is more important than your family,” Canadian sports caster Ray Ferraro wrote on Twitter. “Have a fun year!!”Six-time Canadian Olympic women’s hockey star Hayley Wickenheiser, former professional NHL star and Maple Leaf player Jeff O’Neill, retired NHL star John Scott and many others wished Kade best wishes for his big day.In a subsequent tweet, Jason Foster wrote a message thanking everyone for their replies.”We can’t comprehend what has happened today. Kade and the rest of us are just amazed. To EVERYONE who sent Kade a message – thank you from the bottom of our hearts,” he wrote. “He is an amazing son and he will never forget this day.”Copyright © 2019, ABC Audio. All rights reserved.