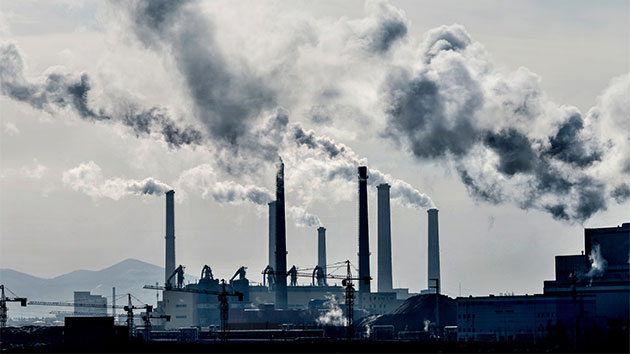 baona/iStock(WASHINGTON) — The Trump administration notified the United Nations of its withdrawal from the historic Paris climate accord on Monday, a move that will take effect one year later, on Nov. 4, 2020 — the day after the 2020 elections. The formal notification comes over two years after President Donald Trump announced he would pull the U.S. out of the agreement, criticizing it as imposing an unfair burden on the U.S. and doing little to halt climate change-causing emissions from other countries — claims that critics say mischaracterize the agreement.The agreement, which has now been signed by nearly every nation on earth, seeks to limit global temperature increases to less than 2 degrees Celsius, with each country setting its own nonbinding emission targets and reporting on its progress to reduce them.In announcing the move on Monday, Secretary of State Mike Pompeo condemned the “unfair economic burden imposed on American workers, businesses, and taxpayers by U.S. pledges made under the Agreement.” Instead, he said, private sector innovation had helped grow the U.S. economy while reducing emissions — pointing to a reduction in greenhouse gas emissions between 2005 and 2017 of 13%.But emissions of carbon dioxide, the leading greenhouse gas, rose in 2018, according to the U.S. Energy Information Administration, and while those emissions are expected to decline in 2019 and 2020, the EIA reports that is mostly because of “milder weather … and, consequently, less energy consumption” and emissions still won’t fall beneath 2017 levels.The White House has slashed regulations on methane and greenhouse gas emissions, coal power plants, offshore drilling, fracking, fuel efficiency standards, oil pipelines, habitat protection, logging, endangered species, clean water, light bulbs and more. The administration has also ended funding for the United Nations’ Green Climate Fund and proposed cuts for the Environmental Protection Agency (EPA), National Oceanic and Atmospheric Administration (NOAA) and the Energy Department.This is a breaking news story. Please check back in for updates.Copyright © 2019, ABC Audio. All rights reserved.