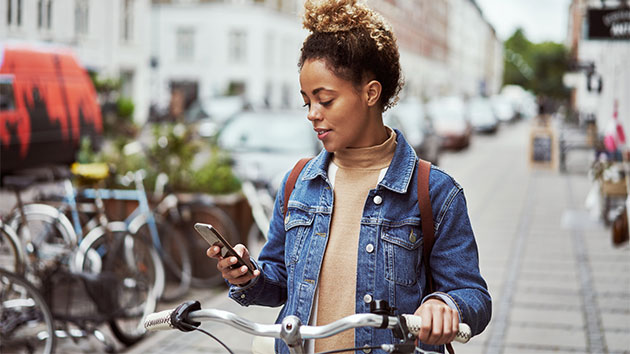 pixdeluxe/iStock(NEW YORK) — AT&T customers could receive a check or credit after the wireless company settled a Federal Trade Commission (FTC) complaint with a $60 million fund to reimburse customers who had their data “throttled” by the company, the FTC announced Wednesday.The fund will settle an FTC complaint from 2014 that claimed the company misled customers by advertising unlimited data plans, but then “throttled” data speed or drastically slowed it down if customers used more than a certain amount during a billing period. “AT&T promised unlimited data — without qualification — and failed to deliver on that promise,” Andrew Smith, director of the FTC’s Bureau of Consumer Protection, said in a statement.The FTC said the company began throttling data speeds in 2011, and that by 2014, more than 3.5 million customers had been affected. According to the complaint, data speeds were slowed up to 95%, making many applications like GPS navigation, web browsing and video streaming “practically inoperable.”“AT&T’s bait-and-switch scam is a good window into the many harms that result from dominant companies operating without the discipline of meaningful competition,” said FTC Commissioner Rohit Chopra said in a statement regarding the settlement. “Their market power, financial resources, and one-sided information gives them license to ignore their own contractual obligations while aggressively enforcing every little clause in the fine print.”“Even though it has been years since we applied this network management tool in the way described by the FTC, we believe this is in the best interests of consumers,” AT&T told ABC News in a statement.The company will automatically provide partial refunds as credits or checks to current and former customers who signed up for unlimited service before 2011 and had their data speeds throttled.The settlement also prohibits AT&T from advertising unlimited plans without prominent disclosures about slower speeds at a certain data cap.“If consumers don’t pay up when a company fails to live up to its promises, they are often pummeled with late fees, collection calls, and negative credit reporting,” Chopra said. “Yet when dominant companies don’t deliver on their end of the bargain, too often they can turn a profit, as their customers feel powerless to do anything about it.”

“None of his allegations were ever proved in court,” the spokesperson said. “We were fully prepared to defend ourselves, but decided settling was in the best interests of consumers.”