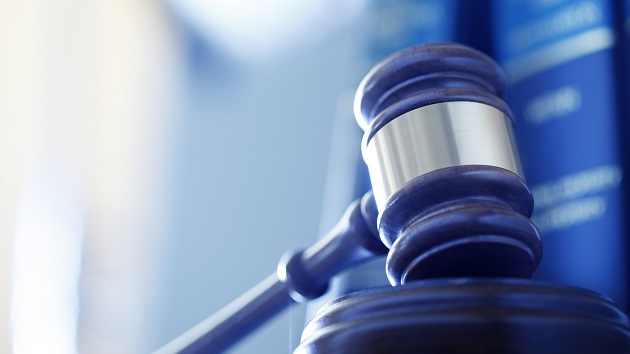 DNY59/iStock(WASHINGTON) — The long-awaited trial of Roger Stone, a veteran Republican operative and onetime campaign adviser to President Donald Trump, is expected to begin in Washington, D.C. federal court this week. In January, former special counsel Robert Mueller indicted Stone on five counts of lying to Congress, witness tampering and obstruction of justice in connection to Mueller’s probe into possible coordination between the Trump campaign and Russian meddling in the 2016 U.S. presidential election. Stone has pleaded not guilty to all seven counts.During a pretrial conference on Monday, U.S. District Judge Amy Berman Jackson declared that parties are in “excellent shape to be prepared tomorrow” for what should be an illuminating chapter in the special counsel’s investigation.Details from Stone’s trial could fill several important gaps in the public’s understanding of the special counsel’s investigation, which lasted nearly two years and culminated in a comprehensive 448-page report. Several redactions in the Mueller report, related to ongoing investigations, appear connected to Stone’s case.The special counsel ultimately found that while the Trump campaign “expected it would benefit electorally from information stolen and released through Russian efforts, the investigation did not establish that members of the Trump Campaign conspired or coordinated with the Russian government in its election interference activities,” according to the special counsel’s report.With jury selection expected to start Tuesday morning, Jackson said lawyers for the government and defense counsel for Stone should be prepared to give opening statements as early as Wednesday. The trial is expected to last approximately two weeks.Stone — a friend of Trump’s since the late 1970s, who has taken credit for persuading the president to get into politics — served as an adviser to Trump’s presidential campaign but left amid controversy in 2015.In the indictment, the special counsel’s office described Stone as a conduit between the Trump campaign and Wikileaks, which disseminated internal Democratic National Committee emails in the summer of 2016.The bulk of the charges Stone faces reflect allegations that he lied to Congress regarding his communications with associates about WikiLeaks. He also stands accused of witness tampering as part of an effort to keep humorist and radio show host Randy Credico from contradicting his testimony before the House Intelligence Committee in September 2017.The 10 months since his arrest have been marked — in large part — by Stone’s trademark political theatrics. Jackson has gradually imposed more stringent gag orders on Stone, who, at one point, targeted the judge in a social media post. Ahead of his trial, Stone is prohibited from speaking publicly about the case and is barred from using any form of social media.In a preemptive warning to Stone and his defense team during Monday’s pretrial conference, Jackson said the court intends “to follow the rules” at his trial.Stone said he expects to be “fully vindicated.”If the jury finds Stone guilty on all counts, he could face up to 20 years in prison.Asked by ABC News on Monday for comment on his upcoming trial, Stone replied, “No comment at all, thank you,” before getting into a waiting SUV with his wife, Nydia Stone, and daughter, Adria Stone.An attorney for Stone also declined to comment on the trial when asked by ABC News.Copyright © 2019, ABC Audio. All rights reserved.

Thieves steal thousands of dollars in toys meant for needy kids over Christmas from charity
Kristen Stewart says the chance to bring the “gay Christmas rom-com” ‘Happiest Season’ to life was “so exciting”
Nearly 1 million Crock-Pot Multi-Cookers recalled due to potential burn hazard
Melissa Joan Hart says holiday films have a new importance: “This is the year we all need a happy ending”
GOP has to ‘get back to policies and ideas’: Rep. Denver Riggleman
Spending Thanksgiving alone this year? Here are five tips to combat loneliness