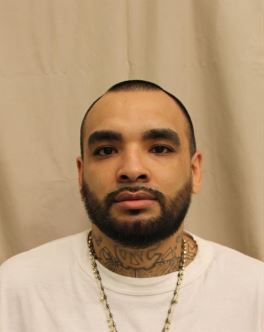 The Enid Police Department has apprehended the person responsible for making bomb threats last month at the Wal-Mart Super Center and Oakwood Mall. The EPD released the following statement on their Facebook page:

On three occasions between October 21st and October 22nd, 2019 a man called the Enid Police Department and made bomb threats directed to area businesses. Those companies were notified of the threats and elected, out of an abundance of caution, to evacuate and search their locations. Enid Police and Vance Air Force K9 teams assisted with the searches. Fortunately, no suspicious devices were found but the incidents caused a substantial disruption to business. The locations affected included Oakwood Mall, 4125 W. Owen K. Garriot Rd., Walmart Super Center, 5505 W. Owen K. Garriott Rd., and Walmart Neighborhood Market, 1018 N. Cleveland Ave.

The caller identified himself by name as an Enid man during most of the phone calls, and on one occasion referenced the man’s name in the third person. Police contacted the man named and his female friend. They eliminated the man as a suspect and learned that the woman had been in recent contact with David Gutierrez, an inmate incarcerated at the Davis Correctional Facility in Holdenville, OK.

The woman told police that even though David was incarcerated, he had a cell phone in his possession in prison and he used it frequently to contact her. She said they spoke on October 21st and David became upset during that conversation when he learned of her plans to go shopping with the Enid man at Oakwood Mall. Police noted that this phone call began at 4:38pm and the first bomb threat was received just over an hour later at 5:55pm. The woman said she spoke to David again the following morning and he referenced the bomb threats in Enid. The woman also said that David had previously threatened to call her employer and tell them that she was bringing a bomb to work in order to get her in trouble. Police played one of the recent bomb threat phone calls for the Enid man and the woman and they both identified the caller’s voice as that of David Gutierrez.

Police identified the suspect as David Ray Gutierrez, age 31. He is an inmate at the Davis Correctional Facility in Holdenville, OK where he is serving a sentence for a drive by shooting in Enid in 2008. David was searched by prison officials and a cell phone was discovered in his possession. Police have submitted an affidavit to the District Attorney’s Office charging three felony counts for making the recent bomb threats. A warrant for arrest is expected soon.