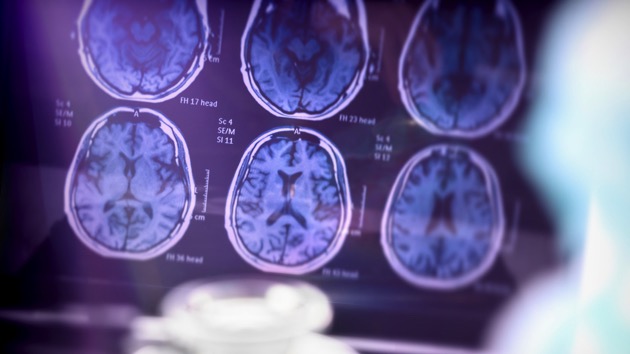 digicomphoto/iStock(NEW YORK) — Chinese regulators conditionally approved an Alzheimer’s drug derived from seaweed, the world’s first Alzheimer’s drug in decades, according to drug maker Shanghai Green Valley Pharmaceuticals.The weekend news was met with cautious optimism by experts, who warned that the U.S. Food and Drug Administration has a far more rigorous drug testing and approval protocol than the framework China operates under.”While this is encouraging news, it is currently unclear at this time as to if, and when, this potential therapy could be a treatment option for Alzheimer’s disease in the U.S.,” said Dr. Richard Isaacson, director of the Alzheimer’s Prevention Clinic at Weill Cornell Medicine and New York-Presbyterian.The FDA would require a phase 3 clinical trial to prove that the drug, called Oligomannate, is safe and effective, before allowing it to be marketed to Americans, Isaacson explained. And while China plans to make the drug available to its citizens by the end of the year, U.S. and European trials aren’t even slated to start until 2020.The conditional approval means that Oligomannate could be withdrawn from the Chinese market if safety issues arise.The drug is approved for treating mild to moderate Alzheimer’s disease, according to China’s National Medical Products Administration (NMPA). A Chinese clinical trial that included 818 patients, found that the drug statistically improved patients’ cognitive function and did not come with major side effects, compared with a placebo.Still, the drug company has not released full data from that trial, and the trial’s data has neither been published nor subject to a peer review process.”Although exciting to hear about a possible new treatment for Alzheimer’s disease, I have a lot of questions about the mechanism,” said Dr. Andrew Budson, a neurology professor at Boston University School of Medicine.Drugs that treat the underlying causes of Alzheimer’s would slow the disease’s progression, he explained, but would be unlikely to improve cognition or function. The fact that Oligomannate improves cognitive function suggests that it might treat symptoms rather than the disease itself.”My suspicion is that it is like a cup of coffee that produces better cognition while the caffeine is in your system, but doesn’t cause a permanent change,” Budson said.The news from China comes on the heels of an announcement last month from U.S.-based Biogen Inc., which said it would seek FDA approval for an experimental Alzheimer’s treatment, intended to slow decline in those with an early-onset version of the disease.The announcement came as surprise, since the treatment had failed in two earlier trails. After those failures, Biogen said the drug was unlikely to work and it would stop researching it, then reversed course less than a year later, saying it would pursue FDA approval.As of 2018, there were at least 5.7 million Americans living with Alzheimer’s disease, according to the Centers for Disease Control and Prevention.Copyright © 2019, ABC Audio. All rights reserved.

1st monkeypox case in US this year reported in Massachusetts

With Roe under threat, doctors worry about girls under 18 who may need abortion care