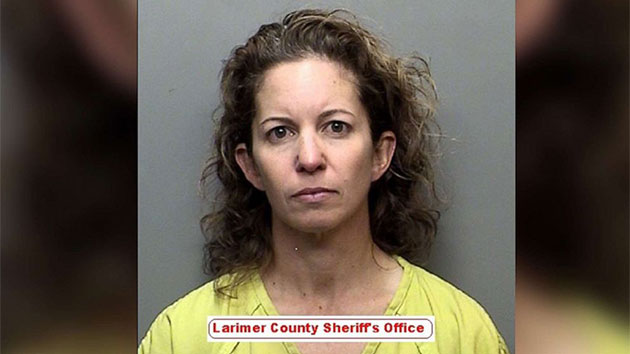 Larimer County Sheriffs Office(DENVER) — A 42-year-old woman posted $25,000 cash bond after she was arrested for the murder of a baby girl, who was found dead in a trash bag in a Colorado reservoir 23 years ago, authorities said.On Aug 24. 1996, authorities with the Larimer County Sheriff’s Office responded to a report of a dead baby girl found by two 11-year-old boys in Horsetooth Reservoir, said Lt. Andy Josey, who was a lieutenant with the sheriff’s office at the time. The infant was found inside a plastic trash bag, authorities said. Her death was ruled asphyxia/suffocation by homicide, authorities said.Authorities gave the baby, who had been left in the “cold waters,” the nickname “Baby Faith,” Josey said at a Tuesday news conference.”She didn’t deserve to be left alone,” Josey said.Her identity and death went unsolved for years. Then in Nov. 2016, investigators decided to resubmit DNA evidence, according to the sheriff’s office.Authorities did not elaborate on exactly how the DNA was used, but they said in July 2019 investigators were able to narrow the search down to five people who had “a probability of being related to ‘Baby Faith."””Further research revealed four of those individuals were most probable to have information to advance the investigation,” according to a statement from the sheriff’s office.On Oct. 6, 2019, investigators interviewed three of those individuals, who all lived in Minnesota, authorities said. All three were excluded from being involved, authorities said.Investigators then met with the fourth individual in Maryland, authorities said.”Based on information obtained during the interview in Maryland, investigators determined Jennifer (Tjornehoj) Katalinich could have information pertaining to the ‘Baby Faith’ case,” according to a statement from the sheriff’s office. “Investigators met with Katalinich on October 18, 2019 and she agreed to speak with investigators.”A warrant was issued on Friday for Katalinich, 42, said authorities.Katalinich, of Erie, Colorado, surrendered on Tuesday and was booked on charges of first-degree murder and second-degree murder, according to the Larimer County Sheriff’s Office.Authorities on Tuesday would not say if Katalinich is believed to be Baby Faith’s mother. But Larimer County Sheriff Justin Smith said, “There is grief for the family that never knew of Baby Faith’s existence and there surely will be grief from the family of the accused.”Katalinich made a first court appearance Tuesday morning and is set to return to court in January, Larimer County Assistant District Attorney Mitch Murray said. She posted a $25,000 cash bond and has been released, authorities said. Copyright © 2019, ABC Audio. All rights reserved.