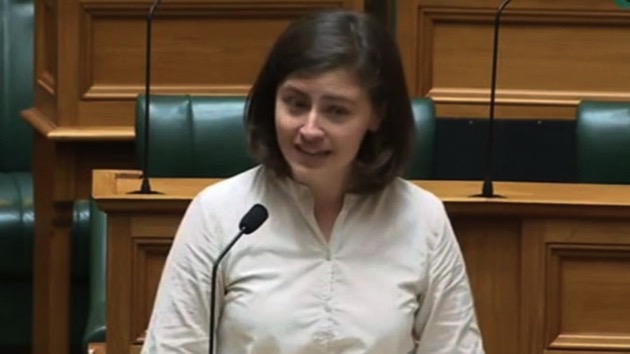 New Zealand Parliament(NEW YORK) — The latest viral generational clap back phrase has moved from the court of public opinion to parliament.A young member of New Zealand parliament quickly dismissed a member of the opposition with a viral internet phrase that calls out people from the baby boomer generation with two simple words.The generational divide in the room became clear when Chlöe Swarbrick, 25, said, “OK Boomer,” during her speech on climate change for the Zero Carbon Bill.”In the year 2050 I will be 56 years old. Yet right now the average age of this 52nd Parliament is 49 years old,” Swarbrick said as someone off camera was heard heckling her.Without missing a beat, Swarbick swiftly said, “OK Boomer,” and continued on.The Green Party member later took to Facebook and said that while some took offense to the retort, she simply flipped the script on the generation who some claim have been condescending to millennials.”Today I have learnt that responding succinctly and in perfect jest to somebody heckling you about *your age* as you speak about the impact of climate change on *your generation* with the literal title of their generation makes some people very mad,” she wrote. “So I guess millennials ruined humour. That, or we just need to pull ourselves up by our bootstraps and abstain from avocados.””That’s the joke,” she added.The phrase that quickly dismisses older people became a viral sensation and has been seen from social media to late night television.The trend first began on the popular social media platform TikTok, was later picked up by The New York Times and has since garnered thousands of tweets and many subsequent memes.Copyright © 2019, ABC Audio. All rights reserved.