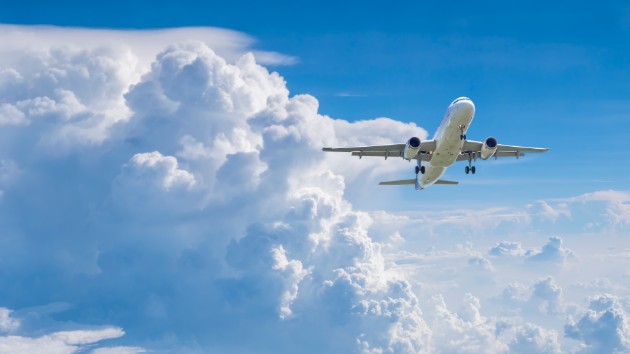 npstockphoto/iStock(NEW YORK) — Thanksgiving is a few short weeks away and just three weeks later — Christmas which means many will take to the skies in the coming weeks.If you haven’t purchased your holiday airfare yet, there’s still time. Keep in mind: the flexible flier is the one in the least expensive seat.

When to buyFor Thanksgiving, we’re coming close to the finish line when it comes to booking. According to data of 90 million monthly users analyzed by Skyscanner, an online travel service, the best deals are found between 30-14 days before the holiday, which falls on Nov. 28 this year. Buy your tickets this week or early next to get the best deals. According to Skyscanner, those who buy soon could save as much as 20% on flights compared with those who purchase too far in advance or wait until the very last minute.For Christmas, Hopper, an online travel booking app and service, advised the best time to book was before Halloween. But you have one more chance because prices will drop again for a short time two to three weeks ahead of Christmas with the last day to get a deal falling on Dec. 8, according to Hopper.If you’re looking into 2020, Dec. 3 might be the best time to book. That day is “Travel Tuesday” (think of it as the Black Friday-Cyber Monday for travel deals). Hopper said it analyzed its historical database of over 25 to 30 billion flight and hotel prices and found the Tuesday following Thanksgiving has consistently been the best day in the post-Thanksgiving shopping period for travel deals. Hopper’s data shows that last year, more flights were discounted on Travel Deal Tuesday than Black Friday and Cyber Monday combined with savings up to 70% off.

When to flyMidweek travelers, those departing on Tuesday or Wednesday before Thanksgiving and returning between Friday to Sunday following the holiday, are the ones who will get the best deals, according to Skyscanner data. And that old tip about flying on the actual holiday? Turns out it works. Typically, midweek travelers secure better deals than those who fly on other dates, Skyscanner found.According to Hopper, Christmas Eve and Christmas Day are the most affordable flight days of the December holiday season. The next best option is Dec. 23.

How to saveThe basics of finding cheap flights doesn’t go by the wayside during the holidays. If anything, increased competition for inexpensive seats means travelers need to use every trick. For instance, know what makes a deal. The average price of a domestic round-trip ticket is $294 for Thanksgiving and $377 for Christmas. Anything around those price points should be considered a deal since these are the lowest prices in the last three years.Also, major airports mean more competition and lower prices. Even if it’s a farther drive from your departure or destination city, at least check out the largest airports within driving distance. You may find lower prices and more choices.Finally, be flexible with dates. One more (or less) day spent with your in-laws may lead to big savings. Be sure to play with dates and stay as flexible as you can for the lowest prices. Copyright © 2019, ABC Audio. All rights reserved.

Delta adds 460 people to no-fly list for refusing to wear masks
After tight 2016 race, Pennsylvania poised to be linchpin to election win
Coloradans are voting on an abortion ban: What to know about Proposition 115
Ethiopian prime minister compared to Mandela now ruling with an iron fist
How Trump’s team spent most of the $1.6 billion it raised over 2 years
Homeless college student walks over 500 miles to raise money for homelessness