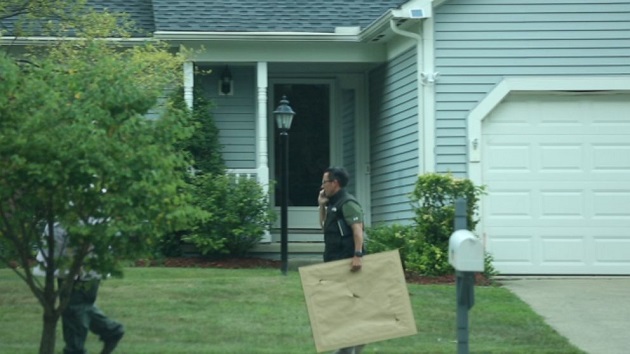 ABC News(NEW YORK) — The U.S. Marshals Service has always chased escaped convicts. But when a fugitive has been on the run for decades, the Marshals turn the task over to a specialized cold case unit. “Our job at the end of the day is to bring closure to these families that have been sitting for years, never having closure,” said U.S. Marshal Peter Elliott, who created the cold case unit and oversees it out of the agency’s Cleveland office. “We’ve been pretty successful at that.”Lester Eubanks, the one-time death row inmate who escaped from the Ohio State Penitentiary in 1973 is one of the longest-running active fugitive cases in the country. That manhunt is now the subject of the ABC News podcast “Have You Seen This Man.” But Eubanks is not the coldest fugitive case in American history.That distinction belonged to a convicted murderer named Frank Freshwaters, who had been on the run for 56 years when U.S. Marshals found him in a trailer outside of Melbourne, Florida, living under the name William Cox. Deputy U.S. Marshal David Siler recalled the day in 2015 when authorities knocked on Freshwaters’ door and showed him a photo taken of him in prison in 1959.”Guys in our task force in Florida walked up to Mr. Freshwaters…and showed him the photo and he said, ‘I haven’t seen that guy in a long time,"” Siler recalled.The Cold Case Unit was formally established in 2015 to pursue cases dating back to 1970. Members of the unit have to be versed in specialized techniques for investigating cases that may date back years or even decades, including the ability to recover DNA from old evidence, track computer and banking records and mine contacts with old family members and friends of the fugitive.In November 2015, the unit tracked down Oscar Juarez, who had been serving a life sentence for aggravated murder when he escaped the Marion Correctional Institution in April of 1978 after sawing through the prison bars and the fence surrounding the prison, the Marshals service said. Deputies began to unwind the series of false identities Juarez had used over the decades to avoid capture. Marshals caught up with him in St. Paul, Minnesota, after 37 years on the run.Elliott told ABC News he created the unit because long-unsolved cases kept getting shelved in favor of more pressing matters.”It didn’t feel like these old cases were getting paid attention to, and a lot of these cases, like the Eubanks case, just sat around for years and nothing was happening with them,” Elliott said. “What I wanted to do was start a cold case unit and put a person in charge like David Siler who was going to spend 100% of his time looking through these cold cases and making a difference.”The cases are challenging. But Elliott said they also are among the most meaningful to solve.”There’s more victims in these cases than the one that’s been shot and the one that’s been stabbed,” Elliott said. “They are the family members that never saw their sister again, or their brother again, or their mother or father. And I’ve heard these stories throughout the years from, you know, mothers and sisters and others that have called me thanking us for closing these cases, because for all these years and all these decades they were in fear for their life, or thought there was going to be no justice ever served.”New episodes of “Have You Seen This Man?” are available on Wednesdays. Listen and subscribe on Apple Podcasts, Google Podcasts, iHeartRadio, Pandora, Spotify, Stitcher and TuneIn. Copyright © 2019, ABC Audio. All rights reserved.