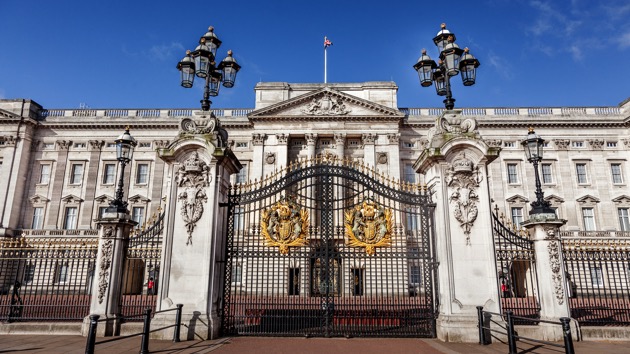 Circle Creative Studio/iStock(LONDON) — Queen Elizabeth II is known for her colorful outfits, and she has not been afraid to accent them with a fur accessory.Going forward, however, new pieces of fur acquired by the Queen will not be the real thing.Queen Elizabeth is now turning to fake fur, according to her longtime dresser Angela Kelly.”If Her Majesty is due to attend an engagement in particularly cold weather, from 2019 onwards fake fur will be used to make sure she stays warm,” Kelly wrote in her new book, The Other Side of the Coin: The Queen, the Dresser and the Wardrobe.The revelation from Kelly led to some confusion as some readers interpreted Kelly’s comments to mean the queen is ditching fur altogether.She will still wear her old pieces of fur, but any new clothing — including ceremonial robes, hats and coats — will be made with fake fur, a palace spokesperson confirmed to ABC News.“As new outfits are designed for The Queen, any fur used will be fake,” the spokesperson said. “We are not suggesting that all fur on existing outfits will be replaced, or that The Queen will never wear fur again. The Queen will continue to re-wear existing outfits in her wardrobe.”The decision was applauded by animal rights activists, including the Humane Society International/UK.”Queen Elizabeth’s decision to ‘go faux’ is the perfect reflection of the mood of the British public, the vast majority of whom detest cruel fur, and want nothing to do with it,” Claire Bass, the organization’s executive director, told the U.K.’s PA news agency.

Great news! Her Majesty the Queen has gone #fur free! In an interview in Vogue, the Queen’s senior dresser confirmed only faux fur will be worn for engagements. It’s unclear if this also includes her official robes so @HSIUKorg is seeking clarity. #FurFreeBritain 👑🐰 pic.twitter.com/2fqcYxsMRw

Kelly, who wrote about the queen’s change on fur, has worked with the monarch since 1994, joining the Royal Household as an Assistant Dresser to the Queen.She now holds the role of Personal Advisor, Curator and Senior Dresser to Her Majesty The Queen (The Queen’s Jewellery, Insignias and Wardrobe), as well as in-house designer. Kelly has been the curator and designer of the Queen’s clothing, since 2002 and has been responsible for creating some of the Queen’s most famous looks.Copyright © 2019, ABC Audio. All rights reserved.

Order to shorten 2020 census didn’t come from Census Bureau, watchdog says
Air Force veteran aims to calm violence and help young victims in her community
Wanna be a V.I.P. (Virtually Impactful Person)? Try these Zoom tips from a pro
Gary Oldman accused of lifting parts of ‘Darkest Hour’ from screenwriter
Channing Tatum gushes about making his directorial debut with ‘Dog’: “This is our story”
Uzo Aduba says she hopes her Emmy win will allow her to “add more chairs for others to come sit”