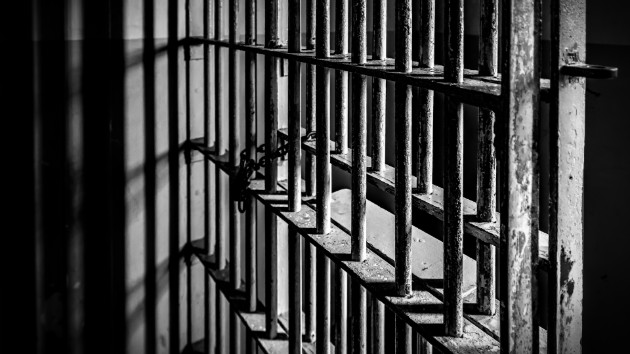 DanHenson1/iStock(GREENVILLE, Texas) — A young man who was accused of capital murder in connection with a deadly shooting in Texas last month has been released from jail.Brandon Ray Gonzales, 23, was arrested a day after the Oct. 27 shooting at an off-campus homecoming party for Texas A&M University-Commerce. Authorities said two people were killed and more than a dozen others were injured from either being shot or getting caught in the stampede to get out of the crowded venue in Greenville, about 50 miles northeast of Dallas.Gonzales, who lives in Greenville and works as a mechanic, was charged with capital murder of multiple persons and was being held on $1 million bail by the Hunt County Sheriff’s Office.But on Tuesday, the sheriff announced in a statement that he had recommended prosecutors drop the charges against Gonzales and let him go, citing a “lack of cooperation from witnesses and discovery of exculpatory evidence during the course of the investigation.” He did not specify what that evidence could be.”The probable cause arrest was based on credible information and statements given to law enforcement,” Hunt County Sheriff Randy Meeks said. “Law enforcement has diligently investigated this case and in the days since the arrest, additional information has come to light. Due to the lack of cooperation from witnesses and discovery of exculpatory evidence during the course of the investigation, we have requested the Hunt County District Attorney’s Office take no action on Mr. Gonzales’ case at this time, and that he be released from custody.”The sheriff also said his office will “continue our investigative efforts into the shooting,” and he urged anyone who was there that night and has not yet spoken to authorities to do so.”Though individuals may have reasons for not wishing to come forward, we ask that they do so and tell law enforcement what you saw and heard that night no matter how small the information may be. They may not know the importance of any information they have,” Meeks said. “If you were present at the Party Venue or have any information regarding this case, please contact the Hunt County Sheriff’s Office at 903-408-6800, or to remain anonymous you may contact Hunt County Crime Stoppers at 903-457-2929.”Gonzales and his attorneys spoke to reporters at the Hunt County Jail after being released Tuesday evening.”I’m out,” he said. “I’m free.”The father of three said he’s owed more than an apology from authorities because his name and mugshot were splashed on news articles and TV segments across the country, and he said being in jail jeopardized his livelihood and ability to provide for his family. His attorneys said they plan to file a civil lawsuit against the sheriff’s office.Gonzales had told investigators that he was at the Halloween-themed homecoming party, where he was dressed as a security guard, but that he was innocent, according to authorities.In an exclusive jailhouse interview with Dallas ABC affiliate WFAA-TV on Oct. 28, Gonzales said he was sitting in a car outside the venue at the time of the shooting, and he claimed there are witnesses who can corroborate his story. Copyright © 2019, ABC Audio. All rights reserved.