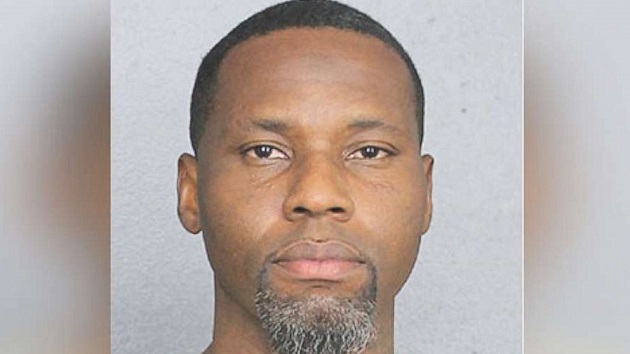 Broward Sheriffs Office(POMPANO BEACH, Fla.) — A Florida officer was arrested on Tuesday after video appeared to show him slamming a female student to the ground at a school for children with emotional and behavioral disabilities.Surveillance footage released by the Broward Sheriff’s Office shows Deputy Willard Miller, who was working as a school resource officer at Cross Creek School in Pompano Beach, grabbing a 15-year-old student by the neck and throwing her to the ground. Miller, 38, turned himself in on Tuesday and was charged with one count of child abuse without great bodily harm, a felony, according to the sheriff’s office, which released video of the Sept. 25 incident on Tuesday.The office’s Internal Affairs Division launched an investigation “upon immediate review of the video” on Sept. 27 and placed Miller on restricted administrative assignment, the office said in a statement.After further investigation, detectives formally presented the case to the State Attorney’s Office on Oct. 23. Miller was suspended without pay on Oct. 28.Broward County Sheriff Gregory Tony said it was unclear what may have led to the physical encounter, but there was no excuse for the officer’s “deplorable” behavior.”Whatever type of verbal dialogue was going on, it makes no sense and it wasn’t necessary,” Tony told reporters Tuesday.He said school district officials uncovered the video by chance while investigating an unrelated matter. It’s unclear if witnesses reported the incident.”Totally not even looking for it,” Tony said. “Looking at some other school matter issues and it popped up on the screen and they said we need to get this over to BSO.”Broward County Public Schools said it is still investigating the incident to ensure that “policies and procedures were followed.””Upon becoming aware of the incident involving the Broward Sheriff’s Office School Resource Officer at Cross Creek School, the District’s Special Investigative Unit immediately contacted the Broward Sheriff’s Office,” a district spokesperson said. “We are also investigating the circumstances surrounding this incident to ensure all proper District policies and procedures were followed.”Tony also acknowledged previous accusations of excessive force by deputies and promised to improve its internal investigation process.”I don’t want to spend time standing here about disciplinary action for a very small population of people who break out side of what they’re supposed to be doing,” Tony said. “What needs to happen from our standpoint is to make sure that we hold them accountable and we do look at what’s occurring as a cultural standpoint and changing that and I think we’re on the right track.”