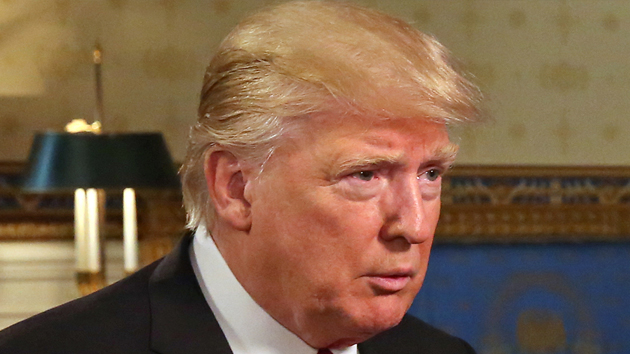 ABC News(MONROE, La.) — For the third time in six days, President Donald Trump on Wednesday will descend on a deep red state when he travels back to Louisiana to rally support for a Republican candidate for governor, a task that’s lately become routine for the president.Last month, Trump rallied support in Lake Charles, successfully pushing for a runoff election in the governor’s race. Wednesday night, he heads back to the Bayou State to finish the job, working to leverage the power of his office and his devoted supporters to push Louisiana’s Republican candidate for governor, businessman Eddie Rispone, over Democratic incumbent John Bel Edwards on Nov. 16.Wednesday’s rally in a northeastern Louisiana city of Monroe comes on the heels of not-so-ideal election results for the president who dropped into Kentucky on Monday in a last-minute effort to save a unpopular Republican governor from Democratic challenger Andy Beshear, who has claimed victory despite the race remaining too close to call, according to The Associated Press.But while the governor’s race remains undecided, Republicans did win other down ballot races including a win by Daniel Cameron, who will become the first African American attorney general of Kentucky.”Our big Kentucky Rally on Monday night had a massive impact on all of the races. The increase in Governors race was at least 15 points, and maybe 20!” Trump wrote on Twitter Tuesday night, providing no source for the 15 point increase. “Will be in Louisiana for @EddieRispone on Wednesday night. Big Rally!”At Monday’s rally in Lexington, Trump pleaded with supporters to come out and support the Republican candidate.”You got to get your friends, you gotta vote because if you lose, it sends a really bad message,” Trump said. “You can’t let that happen to me.”And while the Trump campaign has spiked the football and taken credit for the president’s last-minute rallies helping to win big off-year elections for Republicans, including Republican Rep. Dan Bishop’s North Carolina special election victory after an election eve rally, the campaign this time tried to downplay the result, arguing that the president, “just about dragged Gov. Matt Bevin across the finish line.”The president will once again put his political influence to the test on Wednesday, hoping another rally filled with thousands of supporters will be enough to unseat an incumbent, a task even the Trump campaign understands is a tall order.”We’re going up an incumbent, which is always challenging — but we wouldn’t be here if we didn’t think the president could have a big impact,” Trump campaign communications director Tim Murtaugh told ABC News.The president’s schedule as the year nears its end has been packed with rallies in ruby red states like Louisiana, Kentucky and Mississippi — and nearly all have been in service of boosting Republican candidates ahead of key elections.In Mississippi, where Trump rallied last week, Republican Tate Reeves won the governor’s seat on Tuesday.Virginia is a different story. It’s the only southern state that Trump lost in 2016, and on Tuesday Democrats secured a long-awaited victory by capturing control of both the Virginia House of Delegates and state Senate.While he campaigned hard in other key states, Trump did not step foot in Virginia ahead of Election Day this year.Copyright © 2019, ABC Audio. All rights reserved.