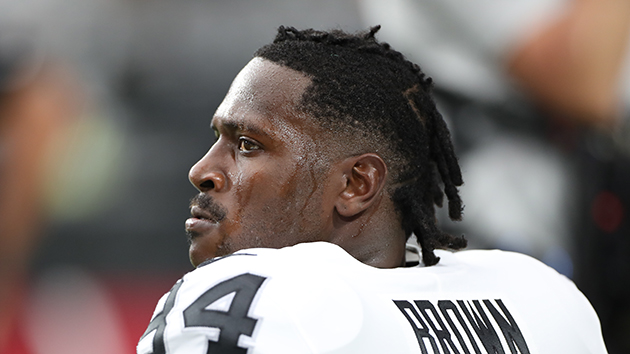 Photo by Allen Kee / ESPN Images(NEW YORK) — Ahead of his scheduled meeting with NFL investigators, former wide receiver Antonio Brown lashed out on Thursday, saying he would never again play in the league.Sources told ESPN’s Josina Anderson early Thursday that Brown would meet with the NFL next week regarding the sexual assault allegations made against him by multiple women. Hours later, Brown posted to Twitter and Instagram, saying “Imagine conforming to a system giving it a 100 percent to see them treat me like this is unfairly!””Making money off my sweat and blood [expletive] the @nfl I’ll never play in that [expletive] treat black people worse!,” he added.He concluded his rant by demanding that the league “clear my name and go [expletive] your self.”The post on Instagram was later taken down.ESPN reported Thursday that multiple teams would be interested in signing Brown following the resolution of the league’s investigation. He was released by the New England Patriots in September after playing just one game for them, amid the storm of allegations.Brown joined New England after being cut by the Oakland Raiders. That followed a tumultuous offseason in which he suffered a foot injury in a cryotherapy accident, filed multiple appeals over the league’s helmet standards, and feuded with the Raiders over fines for missing team events.