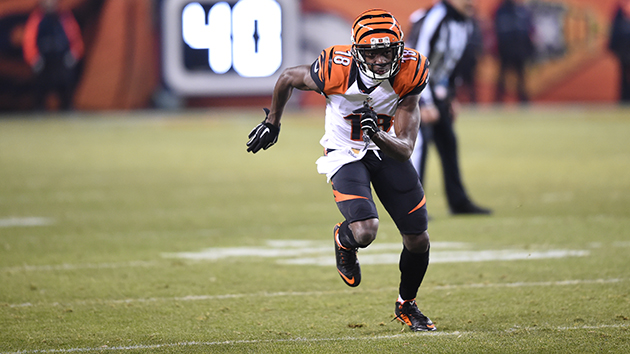 Photo by Scott Clarke / ESPN Images(CINCINNATI) — Cincinnati Bengals wide receiver A.J. Green has suffered another setback as he tries to return from an ankle injury suffered during the preseason, and now his return is completely up in the air.The star receiver says he is unlikely to make his season debut this weekend against the Baltimore Ravens. He told reporters that his left ankle didn’t respond well to workouts earlier in the week.”For me, just gotta make sure I feel comfortable going out there and pushing it,” Green said Thursday. “I [have to] take care of me first before anything else.”Green tore multiple ligaments in his ankle during the team’s first preseason practice in Dayton, Ohio. Bengals players criticized the turf on that field after the injury.Green had begun doing individual drills in recent weeks, and was said to be nearing full participation in practice. But on Thursday he said “my ankle is saying it’s too much. That’s when you gotta back off.”Copyright © 2019, ABC Audio. All rights reserved.