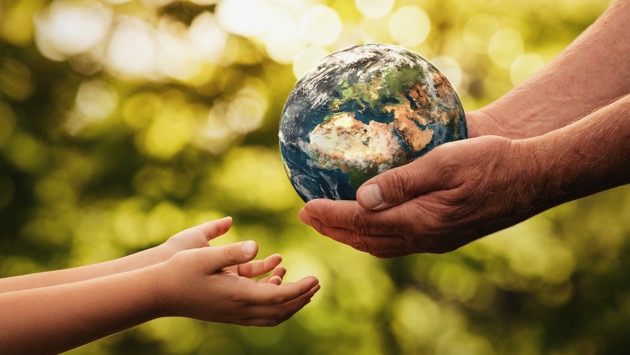 Nastco/iStock(ROME) — Italy will become the first country in the world to require climate change studies in classrooms alongside reading, writing, and arithmetic.Lorenzo Fioramonti, Italy’s Education Minister, announced his decision to require 6 to 19 year olds to have a minimum of one hour a week on topics like ocean pollution, sustainable living and renewable resources as well as to incorporate the environmental theme across the Italian curriculum. Subjects like geography and physics would be taught from a view towards sustainable development or the impact from human actions from certain areas.“The entire ministry is being changed to make sustainability and climate the center of the education model, “ Mr. Fioramonti told Reuters.The Ministry of Education plans to enlist the support of environmental experts including Jeffrey D. Sachs, director of the Harvard Institute for International Development, and Kate Raworth of Oxford University’s Environmental Change Institute to help prepare the new targets in the curriculum for each grade and will include suggestions on best methods to engage each age group. Mr. Fioramonti says teacher training will begin in January and the full program in place in the school system by September 2020. It will apply to all public education schools from first grade through high school.Mr. Fioramonti has also pushed for additional pro-environmental legislation in the government, including increased taxes on plastic and airplane tickets with the tax revenue going to battle climate change problems.The government’s announcement was welcomed by green campaigners, but some Italians voiced concerns that an emphasis on environmental issues could damage the country’s fragile economy. But Mr. Fioramonti remains determined despite the criticism.“I want to make the Italian education system the first education system in that put the environment and society at the core of everything we learn in school,” he said.The warming climate in Italy and across southern Europe has already created climate concerns in the country. Glaciers in the Italian alps have been decreasing at an alarming rate. This past September roads were closed in Valle d’Aosta region as precaution in case chunks of ice from the mountain glaciers would break off. Severe flooding and violent storms have been more frequent throughout the country.The Italian Minister’s proclamation came at the same time U.S. President Donald Trump officially announced that America would be withdrawing from the landmark 2016 U.N. Climate Accords agreed in Paris during the Obama administration because it disadvantaged American businesses.The decision was seen as a major setback for the international common position to combat climate change. French President Emmanuel Macron and his Chinese counterpart Xi Jinping signed a joint statement in Beijing days later reaffirming their support for the Paris agreement, calling it an “irreversible” process.And today in New Zealand, lawmakers passed a bill aimed at combating climate change. The Zero Carbon bill aims to make New Zealand one of the first countries to legislate the reduction of its greenhouse gas emissions to the point the country becomes mostly carbon neutral by 2050. According to a report by the Universal Ecological Fund this week, the vast majority of carbon emission reduction pledges countries made under the 2016 Paris Accord aren’t nearly enough to keep global warming in check stating that nearly three-quarters of national pledges are “insufficient.”Copyright © 2019, ABC Audio. All rights reserved.

There is a 50% chance of temperatures exceeding 2 degrees Celsius unless climate pledges are strictly implemented: Study