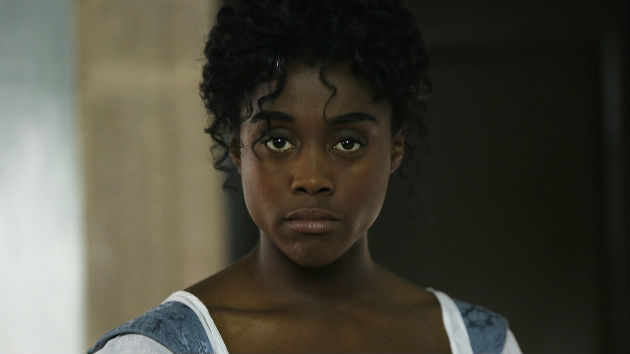 ABC/Manu Trillo(LOS ANGELES) — Lashana Lynch is addressing the critics who are upset that she will reportedly play the next 007 in the upcoming James Bond film, No Time to Die.

In a The Hollywood Reporter cover story with fellow No Time to Die star Ana de Armas, Lynch opened up about how she handled the online trolling from those who took issue with the idea that a black woman might end up with James Bond’s “007” designation.

“It doesn’t dishearten me,” she said. “It makes me feel quite sad for some people because their opinions, they’re not even from a mean place — they’re actually from a sad place. It’s not about me. People are reacting to an idea, which has nothing to do with my life.”

As previously noted, it has been reported by multiple sources that Lynch was tapped to play 007 in the upcoming film — but not James Bond himself. Daniel Craig will be back as Bond, but in the beginning of the film, he’s retired from the spy game, so Lynch will reportedly come in as a new agent who takes over his infamous 007 code name.

Lynch admits she’s even messaged some of the online trolls with a positive message, making a few of them, perhaps, have a change of heart.

“They’ve been like, ‘Oh my gosh, thank you so much!"” she said. “But it’s an interesting test because it reminds them that they definitely wouldn’t say that to someone’s face.”

“The ‘Bridgerton’ Effect”: Searches for “embroidery,” “corsets” and other finery skyrocket amid Netflix show’s success
Key moments from the inauguration of Joe Biden as 46th US president
Peacock’s ‘Saved by the Bell’ revival gets sophomore season
The significance of the Bible Joe Biden is using on Inauguration Day
What happens inside the White House on Inauguration Day
‘Pharmacy of the World will deliver’: India begins COVID-19 vaccine exports