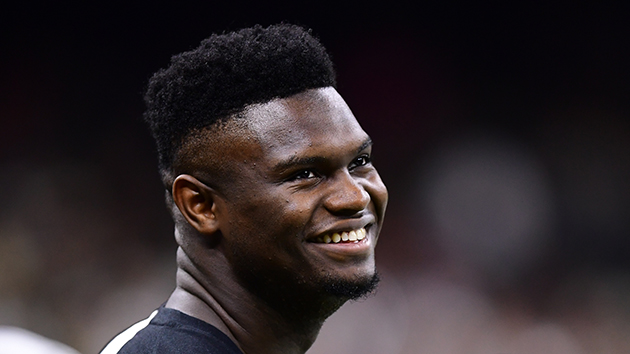 Photo by Phil Ellsworth / ESPN Images(NEW ORLEANS) — New Orleans Pelicans rookie Zion Williamson told reporters on Thursday that he’s feeling “stronger,” following surgery on his right knee. “When [the training staff] feels like I’m back to myself, they’ll let me play,” the number one overall draft pick said Thursday. “It’s as simple as that.”The highly-touted rookie was diagnosed with a torn meniscus just before the start of the regular season. The team initially said it expected Williamson to miss six to eight weeks, which would allow him to return in early December.”The trainers are telling me it’s getting stronger,” Williamson said, “and I can feel the difference day by day.”Copyright © 2019, ABC Audio. All rights reserved.