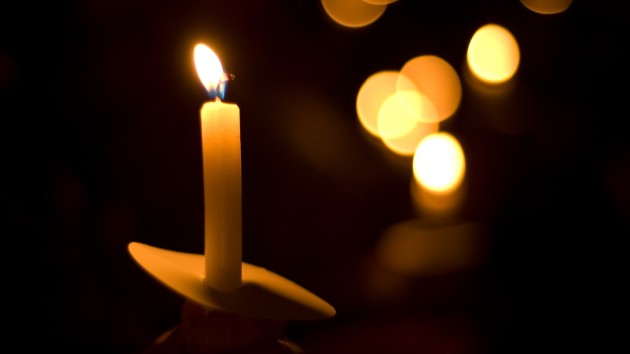 nazarethman/iStock(THOUSAND OAKS, Calif.) — Community members in Thousand Oaks, California, gathered at a local park to commemorate the one-year anniversary of the deadly mass shooting at the Borderline Bar & Grill. The city hosted a private ceremony for relatives of the 12 people who were killed Nov. 7, 2018, as well as an event for survivors and members of the public.City officials also unveiled The Healing Garden, an area of Conejo Creek North Park in Thousand Oaks dedicated to the 12 victims. The garden, which features a fountain with 12 vertical water jets and 12 benches to honor each victim, also contains a paving stone for each survivor.”Today we join our community in remembering the twelve innocent souls who were taken from us one year ago today,” the Ventura County Sheriff’s Office tweeted Thursday. “The fond memories of these wonderful individuals will forever remain in our hearts. May they all continue to rest in peace!”The dedication came a day after city officials dedicated a 3.4-mile stretch of the U.S. 101 freeway to Ventura County Sheriff’s Sgt. Ronald Lee Helus, who was shot by the gunman and then accidentally killed by a California Highway Patrol officer during the ensuing gun battle.The gunman, 28-year-old Ian David Long, opened fire on the packed Southern California bar during its college night before killing himself.Long was a U.S. Marine Corps veteran. His only weapon, a .45-caliber handgun, was legally purchased and equipped with an extended magazine, authorities said.The bar has remained closed since the shooting, but the owners said they’re hoping to reopen someday, possibly at a new location.”We’re not going to let it go away. We’re going to fight one way or another to find a new location if that’s the right way to go, or to rebuild this location if that’s possible,” Brian Hynes, one of the bar’s two owners, told ABC Los Angeles station KABC-TV on Thursday.The outside of the bar is adorned with photos, hats, special messages and countless other items to remember those lost. Hynes said it’s common for family members to request a look inside to pay their respects.”We’ve had some people reach out that were there that night, some of the families have reached out and have asked to go inside, to try to understand,” Hynes said. “So I’ve done a lot of those walk-throughs — kind of walk people through the building and get the closure they need.””They’ll go on the dance floor,” he added, “and a lot of people will come in and the first thing they’ll do is finish the dance they were doing that night.”The bar also posted a special message on its website in light of the one-year anniversary to thank the community for its support.”Not a day goes by that we do not think about our friends and family who we have lost. This past year has been extremely difficult for all of us as a community, but together we have helped each other move forward and continue our healing process one day at a time,” the statement said. “After that tragic night last November our Borderline family became stronger and closer than ever before.”Copyright © 2019, ABC Audio. All rights reserved.