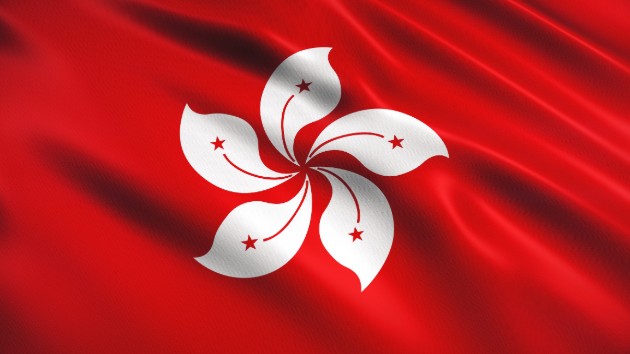 spawns/iStock(BEIJING) — A Hong Kong university student who is believed to have fallen off a parking garage near a protest over the weekend died of his injuries Friday morning, inflaming passions for renewed protests this weekend. Undergraduate student Chow Tsz-lok, 22, who attended the Hong Kong University of Science and Technology (HKUST), was found in the early hours of Monday morning in a pool of blood with a head and pelvic injury on a platform of a parking structure in the vicinity of where riot police clashed with protesters. Police believed he fell from the third floor of the parking structure to the second floor. Though the reason why the student fell remains unclear, protesters have already blamed the police for his injuries and, now, his death.While there have been numerous suicides linked to the protests since June, if his injuries can be linked to police operations, Chow would be considered the first death as a direct result of clashes in five months of protests in Hong Kong.The protesters, however, are already considering it as such.News of his death was delivered to Chow’s fellow students during a HKUST graduation ceremony by university president Wei Shyy, who was visibly emotional.Almost immediately, the news triggered various lunchtime flash mob protests across the city with protesters shouting “Hong Kongers, Avenge!” and calling visible police officers “murderers.”After a moment of silence for Chow at his school, fellow HKUST students vented their anger by vandalizing Shyy’s official residence and three cafeterias as well as a campus Starbucks, operated by Maxim’s Caterers, a group protesters view as being pro-Beijing. The students demanded their university president issue an official condemnation of police violence.Protesters have suggested online that Chow may have fallen while escaping tear gas fired by police, with some even accusing the police of pushing him off the ledge.The owner of the parking structure released security camera footage earlier in the week that did not show the moment Chow fell but showed that there was no significant tear gas inside the parking structure and that there was no significant police presence inside the parking garage during the critical minutes when Chow reportedly fell. Squads of riot police were not seen entering until first responders were already on the scene treating Chow.At a press conference Friday afternoon, police revealed they had obtained new security camera footage showing Chow wandering the parking garage alone for up to half an hour before he walked up to the third floor, where he is believed to have fallen from.Nevertheless, Chow’s death has triggered tempers across the city as Hong Kong enters its 23rd straight weekend of protests.The protests, which began in early June over a now-withdrawn extradition bill, have morphed into a broader pro-democracy movement tinged with anti-police and anti-government overtones.Among the protesters and their supporters, there has been a complete breakdown in trust with the Hong Kong Police Force over the force’s conduct towards the protest movement.One of the protesters’ main demands is to establish an independent commission to investigate police conduct during these months of protests.Copyright © 2019, ABC Audio. All rights reserved.