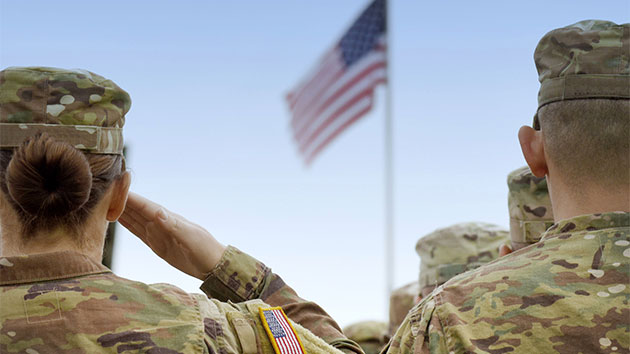 Bumblee_Dee/iStock(NEW YORK) —  John Cena is no stranger to philanthropy. The wrestler turned actor has granted more than 600 wishes for the Make-A-Wish foundation and has helped bring hope and healing to hundreds of families.Now, his new role as a fire chief in the movie “Playing with Fire” has led him to two new causes – helping first responders and veterans.Cena made headlines when he announced he’d be donating $500,000 to first responders fighting the California wildfires. To many it seemed like a random act of kindness, but for Cena, it was an obligation to his heroes.“I’ve been doing interviews and when everybody asks me about first responders I tell them they’re my heroes, simply because they put themselves in harm’s way to save others,” Cena said. “I can’t tell you in good faith that these people are my heroes and then in their time of need, when they need something, if I don’t respond to that call, I’m not backing up what I’m telling you.”It was this mentality of wanting to help people who put themselves in harm’s way to save others that lead Cena to FitOps – an organization that works to end veteran suicide through fitness. Cena told “GMA” that 20 veterans a day commit suicide and that he wants to fight to bring that number to zero.“(Veterans) are people I truly admire and mimic my life ethos off of how they operate as human beings – honor to our country, hustle, loyalty and respect,” Cena said. “I can keep telling you things that I have morphed from the military that I have developed into my own pillars of values and beliefs.”Last month, Cena announced a large fundraising initiative with FitOps, pledging that from now until Veteran’s Day he will match every dollar donated up the organization up to $1 million. His ultimate goal is to work with the community to raise $2 million in the fight against veteran suicide.“I’m trying to let these people know that they have value and certainly that I love them and that they belong,” Cena said. “That they can do something that doesn’t require a uniform and feel a great sense of purpose.”Although Cena’s new movie has inspired new philanthropic missions, he still makes plenty of time for the Make-a-Wish foundation, which he has been heavily involved with for 20 years. Cena says the concept of bringing “hope and happiness” to families face very difficult circumstances is why the cause remains near and dear to his heart.“Make-A-Wish really does go above and beyond to make each experience fantastic and having been a part of experience after experience, the results are always the same,” Cena said. “It’s happiness, it’s hope, it’s in no way, shape or form reflective at all of the circumstances they face.”Although his philanthropic missions are all different, Cena says his work with them is bonded by a single idea.“I think the connection with all three charities – with FitOps, with the first responders in California and with Make-A-Wish is the message of hope,” Cena said. “First responders need resources to do their job well and that’s a provider of hope, we’re having veterans find purpose through fitness in FitOps and the hope is to get the veteran suicide rate down to zero and especially with Make-a-Wish is a situation where I can see the hope – see the smiles and I and see the happiness in the faces of the kids.”