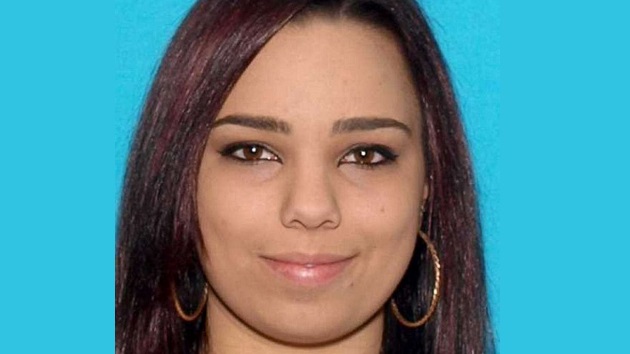 Monmouth County Prosecutor’s Office(NEW YORK) — One week after a 25-year-old New Jersey woman mysteriously vanished without a trace, her family is “holding it together” as they wait for any information to come to light, according to a family spokesperson.Stephanie Parze of Freehold Township was last seen around 10 p.m. on Wednesday, Oct. 30, according to the Monmouth County Prosecutor’s Office. Parze left her mother’s house that night to drive the few miles home, family spokesman David Mound told ABC News on Thursday.”She actually sent out a Snapchat when she was on the way home, which is the last communication that we have from her,” Mound said.Parze’s car was found in her driveway and her phone was left behind, too, said Mound.Friends and family are now combing the streets, handing out “thousands of flyers” and blasting information on social media, said Mound.”This case remains active and ongoing,” Monmouth County Prosecutors said Wednesday. “Our investigation to this point has not given us any reason to believe that there is any danger to the general public. This matter remains a high priority as investigators are determined to locate Ms. Parze.””We are following up on every lead and the investigation has taken our team into Staten Island,” prosecutors added, though they did not elaborate on why investigators were focused on Staten Island.Parze lives alone in the house that belonged to her grandmother, said Mound. She had moved in to care for her terminally ill grandmother a few years ago, and after she died, Parze stayed to look after the property and dogs, he said.Parze’s “family has been a pretty significant part of the community,” said Mound. Her grandfather was a prosecutor and her father worked with the local volunteer first aid squad and 911 communications center.Mound praised the local law enforcement officers who he said have “come out in strides,” including on their days off.Even when the police cannot provide specifics on the investigation, Mound said they’ve been in touch every day.As for Parze’s parents, Mound said, “They’re staying hopeful and holding it together.””Everybody’s trying to be positive, but at this point, each day that goes by it gets a little tougher and tougher,” he said. “We’re still hopeful that we’ll find her.”Copyright © 2019, ABC Audio. All rights reserved.