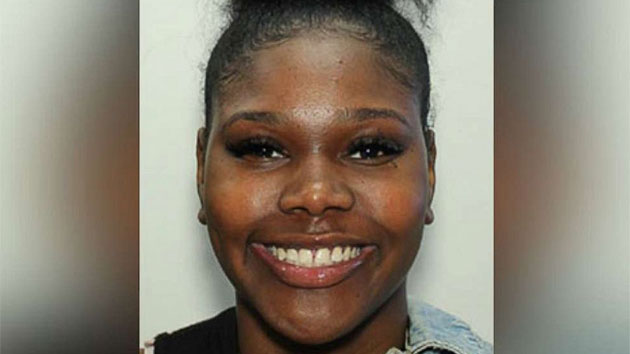 Atlanta Police Department(ATLANTA) — An Atlanta college student missing for more than a week was found dead on Friday, and police have identified two suspects, officials said.The body of Alexis Crawford, a 21-year-old senior at Clark Atlanta University, was discovered in a park in DeKalb County, Atlanta Police Chief Erika Shields said at a press conference.Crawford’s roommate, 21-year-old Jordyn Jones, is considered a suspect and led police to the body, Shields said. Jones initially told police that she had last seen Crawford on Oct. 30 at her off-campus apartment, according to a police report.Jones’ boyfriend, Barron Brantley, 21, also is considered a suspect, Shields said.Police are working to secure arrest warrants for both individuals.”Jordyn had been Alexis’ friend and her roommate. … The case has come to one of the saddest conclusions possible and has been absolutely heartbreaking” Shields said.Shields said a motive had not yet been clearly established. However, she noted that Crawford filed a police report on Oct. 27 in regard to Jones’ boyfriend, alleging unwanted kissing and touching by him.Crawford was reported missing on Nov. 1 by her family after she didn’t show up for class or work, police said.Crawford’s mother, Tammy Crawford, said she “seemed to be in good spirits and was laughing” during a FaceTime conversation with her and Alexis’ sister around 3:30 p.m. on the last day she was, according to a police report.”I just want you to come home and be safe,” her younger sister, Alexandria Crawford, told reporters Monday. “I hope God is walking with you and please prevent any evil that comes her way — and we’re here for you.”