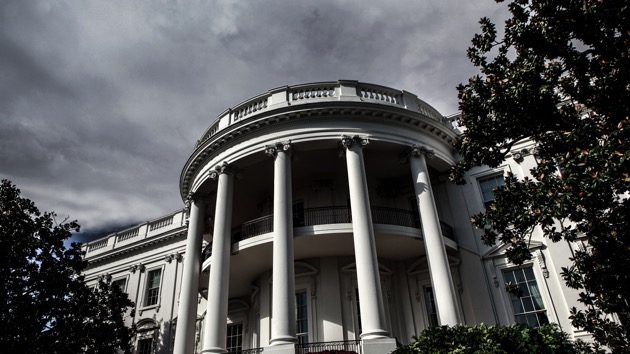 P_Wei/iStock(WASHINGTON) — President Donald Trump on Friday claimed he’s unconcerned about the closed-door testimony being revealed in the House Democrats’ impeachment probe, saying “in no cases that I see have I been hurt.””I’m not concerned about anything. The testimony has all been fine,” he told reporters as he left the White House for a trip to Georgia.He made the comments just a few hours before House Democrats released more transcripts — from Army Lt. Col. Alexander Vindman, a National Security Council Ukraine expert who raised alarms about the president’s July 25 call with Ukraine’s president — and also from Fiona Hill, a White House national security expert on Russia who had raised concerns about the administration’s Ukraine policy.The president made the case for why the White House should not send top aides like acting White House chief of staff Mick Mulvaney from cooperating in the impeachment probe, saying “I like to have the people go up, except one thing: It validates a corrupt investigation.”“I don’t want to give credibility to a corrupt witch hunt. I’d love to have Mick go up, I think he’d do great. I’d love to have almost every person to go up when they know me. What I don’t like is when they put up the people I’ve never met before. When they put the head of the Never Trumpers on the stand,” he said. “The rest is up to the lawyers. I have to do what the lawyers say to a certain extent.”While the president decried the probe, he claimed it’s “actually made me stronger” politically because it has made his supporters “really angry” and resulted in a fundraising boom for his campaign. He also made a dubious claim that the impeachment probe has helped him in the polls, despite the fact that public polling has shown a bump in support for the impeachment probe since news of the Ukraine call surfaced.“Adam Schiff is a corrupt politician that’s not giving us due process, not giving us lawyers. And despite all that, we’re kicking their ass,” the president said, in reference to the Democrats and the House Intelligence Committee chairman leading the investigation.The impeachment probe provides for the president to have counsel in the next phase of the public hearings, once the inquiry advances to the Judiciary Committee following the first set of public hearings about to begin in the Intelligence Committee.While the president continues to defend his July 25 call with the president of Ukraine as “perfect,” he said he’s also entertaining the idea of releasing the transcript of another call he had with President Zelensk’y.”If they want it, I’ll probably give it to them. But they really want it badly. If they want it, I will probably give it to them. I don’t like doing it because it sets a bad precedent,” he said.Asked about comments by billionaire Leon Cooperman criticizing the president’s conduct in an interview with CNBC on Monday, the president placed blame on the media, in part, for his behavior.“You really shaped my behavior,” he said to the reporters gathered on the White House South Lawn. “From the day I came in here, I’ve had problems with phony stuff, like a phony dossier that turned out to be false. Like false investigations that I’ve beaten. So a lot of my behavior was shaped by the fake news and by the other side. That was a lot of my behavior.”Copyright © 2019, ABC Audio. All rights reserved.